'Where Am I?' Ontario Tourism Campaign Launches with a Riddle 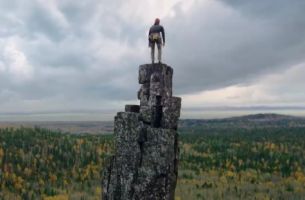 Launched with a riddle, an unconventional tourism campaign called “Where Am I?” is challenging public perceptions about Ontario – and how travel advertising can be done. Provoking mystery and surprise, a campaign developed for the Ontario Tourism Marketing Partnership Corporation (OTMPC) by FCB Toronto is showcasing Ontario in an unfamiliar way.

The high profile, multi-channel campaign, targeting residents of Ontario and Montreal, is designed to increase awareness of Ontario as a travel destination and encourage tourism within the province by asking the question: “Where Am I?”

“When it comes to travel, people want the unfamiliar,” says Ronald Holgerson, President and CEO, OTMPC.  “Where am I? presents Ontario in a new way.  With a surprising narrative of riddles, the campaign exposes locations that are beautiful, unexpected and mysterious – positioning Ontario as a unique and intriguing vacation destination.”

Driven by research that discovered residents widely believe they already know Ontario and consequently overlook it as a travel destination, FCB Toronto developed an unconventional strategy for the OTMPC; one that doesn’t include well known landmarks or attractions.

“This was purposeful. People think they already know Ontario and so disregard it for travel. Showing those places would only have reaffirmed this perception. This campaign challenges that belief both visually and through a riddle,” says Nancy Crimi-Lamanna, VP, creative director, FCB Toronto.

“Where Am I? is not only visually remarkable, it accomplished something no other tourism campaign has attempted,” says Jeff Hilts, VP, creative director, FCB Toronto. “The OTMPC boldly and playfully teased Ontarians for 10 days without telling anyone the destination was Ontario.

“The approach resulted in thousands of people jumping online to guess the destination before it was revealed.  And many more are still answering our riddles to guess the incredible locations being showcased.”

“If we can surprise people, then we can create a desire for Ontario that is usually reserved for more faraway places,” says Crimi-Lamanna. “What this campaign does is say, ‘Hey you don’t need to travel the world to see it, many of those experiences are a lot closer than you think.’”

Where Am I? launched in English and French on June 22nd with an emotive and unbranded TV and online teaser.  The narrative for each commercial posed a riddle ending with the question “Where Am I?” and a call to action directing viewers to www.whereami.com to guess the answer.

Visitors to the website were also given daily clues to solve the riddle and a forum to guess the destination depicted in the advertising. Additionally, the teaser phase of the campaign was supported with Instagram, @whereamiclues that featured more photos and clues to the riddle.

The reveal phase of the campaign was executed with a Cineplex cinema take-over across Ontario on the Canada Day long-weekend.  The revised ads now answer the riddle, revealing Ontario as the location while driving viewers to ontariotravel.net or ontariotravel.net/decouvrir to discover the details of the many locations depicted in the spots.

The new OTMPC campaign is running until mid-September in Ontario and in French Montréal. The OTMPC media buy includes traditional TV and digital and social media, as well as interior and exterior billboards in major public spaces like travel centres, ONroute Centres, Yonge and Dundas Square, and Cineplex movie theatres.  The TV ads will also be airing in 18 different languages on OMNI Television in Ontario.