What's Your Deadly Digital Sin? Find Out in This Interactive Documentary

Bill Bailey & more on their digital sins in online experience by NFB, the Guardian & Jam3 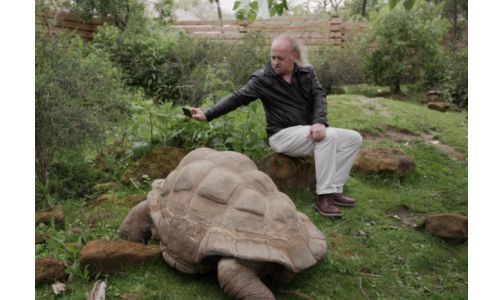 An interactive documentary created by the National Film Board of Canada’s (NFB) award-winning Digital Studio in Vancouver, The Guardian and Jam3, Seven Digital Deadly Sins invites us to take a momentary break from our endless stream of tweets, shares, views and comments, to examine who we are as moral creatures in the 21st century.

Pride, lust, greed, gluttony, envy, wrath and sloth: human behaviour has been seen in the context of the seven deadly sins for many hundreds of years. Today’s digital world brings with it a whole new set of moral dilemmas. Many users still struggle with these new challenges: Is it OK to download that movie for free? Do we come across as a little too pleased with ourselves on Facebook? Is our addiction to property websites fuelling powerful feelings of envy―and since when did Twitter become so much more interesting than that flesh-and-blood, right-there-across-the-table-from-you boyfriend?

Seven Digital Deadly Sins is available on theguardian.com, in conjunction with a special edition of The Guardian weekend magazine on the same topic. It launches June 12 on NFB.ca.

The project explores the shifting grey area of morality in the digital age through a series of seven candid short films featuring well-known artists and media figures, as well as 21 first-person stories from a wide range of contributors, including a secret Twitter star, a hacker and a couple whose wedding invite went viral. Users also have the chance to absolve and condemn the behaviour of others.

Meanwhile, novelist Gary Shteyngart has outsourced his Twitter feed to his pet dachshund, comic Josie Long admits to putting Twitter before her ex, and Bill Bailey wonders why he’s signed up to save endangered species he’s never heard of. Writer and filmmaker Jon Ronson pleads guilty to flaming his enemies online (and enjoying it), while comic Ophira Eisenberg is “crowd hoarding,” garnering loads of followers by not being all that picky. The Web may be transforming our lives beyond recognition, but human weaknesses remain the same.

Seven Digital Deadly Sins was produced for the NFB by its award-winning Digital Studio in Vancouver, led by Executive Producer/Creative Technologist Loc Dao.