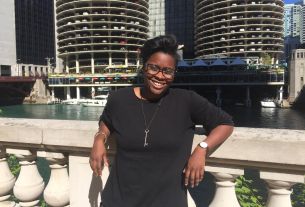 Less than 12 hours before her appearance at the Super Bowl 50 halftime show, Beyoncé dropped a new single and music video, “Formation.” With riveting politically and socially charged lyrics and visuals (and a rhythm and beat you couldn’t help but rock your shoulders to), “Formation” was made to do more than capture people’s attention. Naturally, Bey stole the show from the key headliner, Coldplay, but she did something else that night. She made a global statement about what she believed in, all while shamelessly plugging the launch of her 2016 Formation World Tour.

When it comes to advertising, making noise to drive awareness is no longer enough to get consumers to notice your brand. Consumers have raised the bar on what they want from their content — being informative and entertaining are today’s green fees. Let’s think of Beyoncé as a brand and her album Lemonade as a campaign. Like brands, artists are always looking for ways to generate interest and appeal. Lemonade did just that — and more. Every brand can have its own version of Lemonade — something that’s disruptive, captivating and meaningful. Brands can draw inspiration from Beyoncé’s most recent “campaign” to glean ways to connect with a new era of consumers — the visually entitled, experience-expecting, “give me a peak underneath the curtain” consumers.

Beyoncé nudged consumers down the purchasing funnel by diminishing pain points in the consumer journey. She was disruptive when it counted — dropping and launching the Formation tour in front of 115.5 million Super Bowl viewers — and subtle where it mattered: She swiftly teased people to go out their way and tune into HBO to experience the premiere of the Lemonade visual album. And because consumers expect their content to be on-demand, she made Lemonade available to stream shortly after the premiere to diminish the pain point of not being able to view the week’s most talked about content.

The collection of micro-activations (Super Bowl halftime show, HBO special, streaming on Tidal, owned and earned social content) generated awareness, excitement and persuasion to guide consumers down the campaign’s purchasing funnel. Those micro-experiences not only nudged people down the funnel, it also enabled experience-driven consumers to rationalise paying on average $350 per ticket for the macro-experience of the consumer journey, The Formation World Tour.

Having the ability to swiftly disrupt takes grand ambition and savvy thinking, and few brands are able to disrupt with discipline. Take REI’s #Optoutside. The brand wanted create an experience that people across the country could collectively partake in — so it was imperative to create a thunderclap people couldn’t help but notice. Making the announcement that all REI stores were closing on Black Friday, arguably retail’s biggest shopping day of the year, for a human-centric reason was enough to get the public’s attention. The rest of the activation’s micro-experiences nudged people to properly prepare and plan for their #Optoutside excursion by dimensioning hiking pain points via mobile tools or equipment to purchase at store. Disrupting swiftly is never easy. It takes guts and an intimate understanding of your consumer’s purchasing lifecycle so you can intercept them when and where it counts.

There’s an interesting dichotomy arising in content viewership. Attention spans are now less than that of a goldfish’s but digital video consumption has increased from 21 minutes per day in 2011 to 1 hour and 16 minutes per day in 2015. Beyoncé was able to slice right through that dichotomy and capture people’s attention for 46 minutes with the long-form Lemonade video. It was dynamic; it captivated those visually entitled consumers by bringing them on an emotional roller coaster that used large and small narratives within the bigger story to give them a peak behind the curtain into Beyoncé’s life.

Many brands have started to transition from the advertising model of interesting human scenario, compelling product benefit and call to action to bite-size and long-form storytelling and product integration. Many brands have an interesting ethos and something relevant to say on behalf of its purpose but many continue with the advertising status quo. Red Bull and its Media House create content that constantly communicates the brand’s positioning (of energising the world). Brands that start to invest ad dollars into content that captivates with stories worth experiencing vs. ads worth tolerating will be the brands that effortlessly capture the attention of today’s consumers.

Today, consumers expect all of us to play a meaningful role in advancing societal progress, and Lemonade informed consumers of Beyoncé’s POV on social issues; but the album was more than a platform for the pop star to state her views. It was one of the best-selling albums of the year because it wasn’t just a product, it was an experience that curated a cultural space people didn’t just buy, but bought into. This cultural space put a spotlight on conversations that many people felt were being had in a vacuum, and allowed them to share their beliefs, past experiences and aspirations about their own lives and about society at large.

Brands that facilitate a cultural space look to mobilise some form of positive change. It allows people to discuss or take action on behalf of a cause that’s aligned with a brand’s ethos. It empowers people to look to brands to provide both functional (product) and emotional (beliefs) value in their lives. In 2016, Ikea built a replica of a Syrian home inside its Norway store. It took a crisis that many only experience behind a digital screen and created a physical space that intimately enabled people to learn more and take action. Curating a cultural space can sometimes be a slippery slope — but when a brand has conviction for its beliefs and values, that very space created has the ability to become an extension of the brand’s product benefit.

Lisa Ivy is a senior strategist at Leo Burnett. You can find more of her musings on Medium