What's the Secret to an All-Digital Xbox? Mockumentary Reveals All 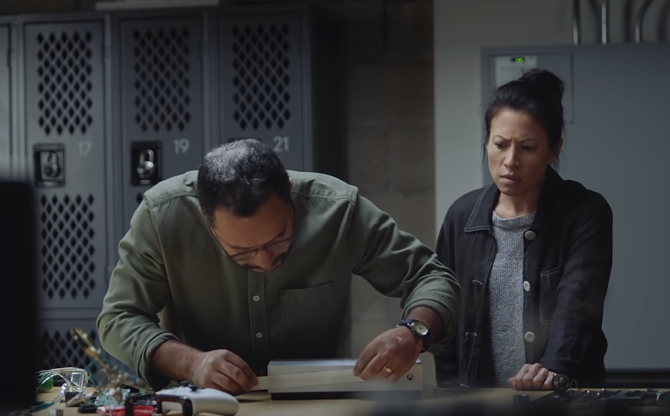 In a world where everything is shifting digital, Xbox was brave enough to take gaming all-digital, too. Some may say Xbox just removed the disc drive but really, Xbox transformed the landscape of disc-free gaming by creating the first-ever all-digital console. Enter the Xbox One S All-Digital Edition - and the accompanying mockumentary-style spot from 215 McCann, 'The Digital Age'.

In an effort to make the biggest announcement about this smallest of changes, 215 McCann created a behind-the-scenes mockumentary that tells the story of the designers and engineers who came up with this very simple, yet very powerful, idea. The spot, 'The Digital Age', adopts the same inspirational, serious tone of other 'how we did it' documentaries, celebrating the creation of the new console with tongue planted firmly in cheek.

Announcing the new console from Xbox, the spot aligns with the brand’s 'Jump in' campaign - an invitation to everyone who shares the love of gaming to join in on the fun. By going digital, Xbox One S All-Digital Edition is available at a new price, making gaming more accessible to more users.

Craig McNary, director – Xbox integrated marketing, commented: “At Xbox, gamers are at the centre of everything we do and we’re constantly listening to feedback and looking for new ways to provide the best value and choice in gaming. The Xbox One S All-Digital Edition is based on an appetite for more digital content and experiences. Just removing the disc drive might seem simple, but creating an all-digital console can be transformative to fans who are looking to access our portfolio of games. To launch the Xbox One S All-Digital Edition, we created a film that celebrates an all-digital experience with an appropriate amount of humour and gravitas.”

'The Digital Age', premiered April 16th during Inside Xbox, a live news broadcast with global viewership within the gaming community, and will be amplified on Xbox’s website and social channels. The Xbox One S All-Digital Edition will be available on May 7th, 2019.