What's the Brand Impact of the Kraft and Heinz Merger? 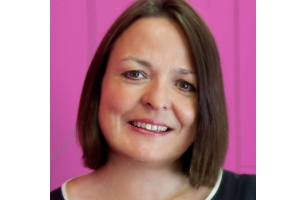 The merger of Kraft Foods and HJ Heinz, as the biggest deal of 2015 so far, has captured column inches devoted to discussing the pros and cons of the deal.  Much has been made of the complimentary nature of the merger, with Heinz being strong internationally, generating some 60% of revenues outside North America, and Kraft a dominant player in the US, generating only 13% of revenues outside North America.  Which may mean we see some of Kraft’s Iconic US brands we’ve become familiar with via movies, travel and TV on our shelves at some point – and vice versa.  And of course, with the creation of the world’s 5th largest food and beverage company, with revenues of $28bn and 8 $1bn+ brands and 5 more between $500m and $1bn, it’s parents are reportedly eyeing cost savings of around $1.5bn annually.

In light of this news, I look at the impact on brands on our own supermarket shelves and examine some key branding approaches to ensure that individual identities are optimised.

Whilst in the short term, individual brands are unlikely to be greatly affected in terms of changes made, many have talked of risks in terms of consumer perceptions and brand identity. Citing the (relatively short lived) negative consumer and media response when Kraft (latterly Mondelez) took over our cherished  Cadbury’s, it’s been discussed whether equally beloved Heinz with its 'natural' focus, swallowed by Kraft might mean that consumers will now associate the brand with orange processed cheese and plastic mayonnaise. Iconic and nostalgic as both Kraft and Heinz are, does this represent a problem that the combined company will face?   It’s also been suggested that the merger pulls together two makers of exactly the sort of heavily processed and generally unhealthy food that many consumers are moving away from (or trying to).

But what are the facts – and branding options – open to the newly merged company?  Though at face value the merger may present some brand related issues, with careful management of the brands at their disposal, perhaps neither needs to be a problem.

Firstly, the question of the trend towards healthy eating.  Though there is undoubted growth in healthy eating, with last month’s Lancet Report (as reported in the FT) finding intake of healthy foods has increased in the last two decades, it also points out that it has been outpaced by the consumption of unhealthy foods such as processed meats and sweetened drinks in most world regions.  So how does the portfolio of products and brands in the newly merged company measure up?  Whilst there are undoubtedly a number of processed products and associated brands in the portfolio, Heinz, in particular has made moves towards natural, emphasising ketchup made from real tomatoes, extending it’s baked beans with 5 bean varieties and underscoring it’s ‘close to homemade’ approach in baby food.  And whilst an American brand by provenance, it has wholesome family connotations and associations that put it at the heart of British culture.  As such, by having a ‘healthy’ brand such as Heinz, as well as the Kraft brand, the newly merged company may be well placed to ride both horses, as it were by allocating future products to the appropriate masterbrand.

Which brings us to the question of the corporate brand.  Variously reported as ‘The Kraft Heinz Company’ or simply ‘Kraft Heinz’, we should remember that, as with Cadbury’s chocolate, they’re under no obligation to make the merged Corporate brand highly visible, with the option of lodging it discreetly on the back of pack, as Mondelez does with Cadbury’s, P&G does with Hugo Boss Fragrances or General Mills with Green Giant. Given that Heinz is such an iconic brand, we suspect we won’t be seeing a re-brand to Kraft Heinz Tomato Ketchup any time soon – and so the fact that the parent company on the back of pack reads ‘Kraft Heinz’ becomes a much less visible issue for most consumers.

However this does raise the question of future direction and brand acquisitions.  For the newly merged company to create long term shareholder value, brand value needs to be engineered in the long term. A singular vision for the newly merged corporate brand will need to be developed in order to support and guide internal confidence, communicate externally the future direction of the company, and guide future decision making, particularly around portfolio development.  And getting this right will also help integrate the internal and external cultures of the companies at a time where, without a clear definition of vision, values and behaviour, the newly merged company’s employees may be at risk of defecting and stakeholders may lose sight of what the newly merged company offers.  And it may well be that this areas of branding, rather than that played out at the supermarket shelf, may be the trickiest part to pull off of all.