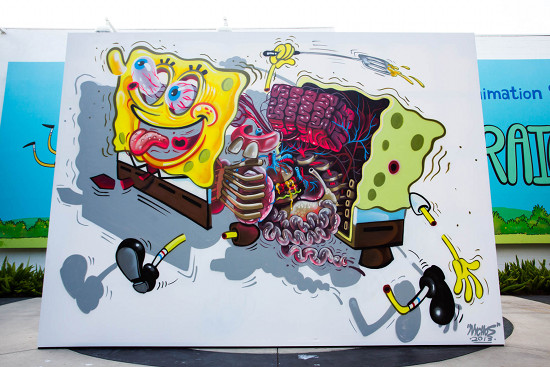 Ever wanted to know what it’s like inside SpongeBob’s head? Thanks to a new mural by Austrian graffiti artist Nychos (The Weird), now you can. The much-beloved Nickelodeon Animation Studio was looking to dig into the guts of its brand power and ethos of discovering innovative talent, and so collaborated with creative agency Struck to create a one-of-a-kind original artwork to reflect the studio’s legacy of creator-driven animation. In turn, Struck collaborated with Nychos, who specializes in large murals depicting cartoonishly vivisected animals and pop culture icons.

“We’ve had a wonderful partnership with Nickelodeon Animation Studios over the years and this is just one example of their willingness to be bold and embrace their own unique culture,” said Brent Watts, Executive Creative Director at Struck. 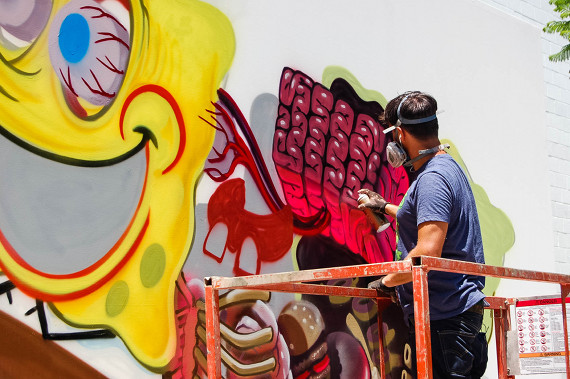 Nychos – who founded the Austrian graffiti/street art project Rabbit Eye Movement -- painted the giant mural of SpongeBob and his exposed viscera over a period of five days, and the mural is being installed in the main conference room at Nick’s offices in Burbank.

“This is iconic and an awesome way for us to honor the spirit of our creator-driven organization,” said Russell Hicks, President of Content Development and Production for the Nickelodeon Group.