What You Missed Out From Cannes For Not Being Curious

The conference by Nicolas Pimentel from +Castro had the unexpected attendance of Linus Karlsson and Gerry Graf, surprising participants to produce a live experience on curiosity 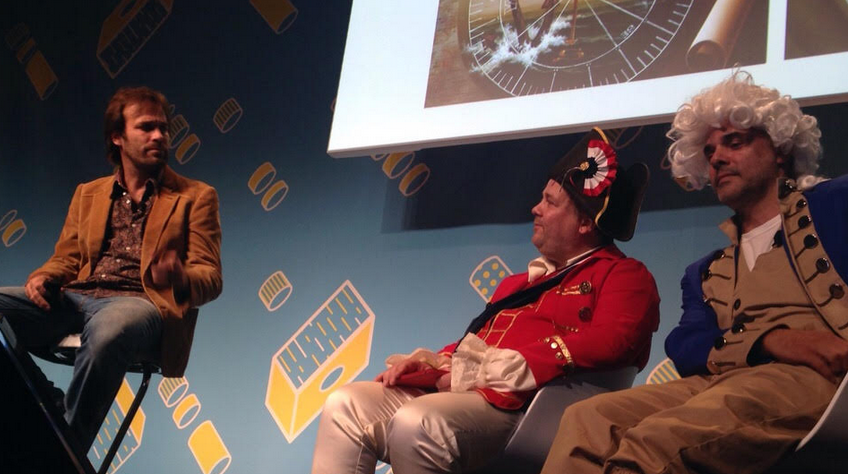 Among the hundreds of chats, seminars and workshops offered each year by the biggest advertising festival in the world, the unusual invitation from +Castro this year to take part in the "the worst talk ever" turned out to be one of the best kept secrets from the Cannes Lion agenda.

Nicolas Pimentel, co-founder and innovation director at +Castro and invited to the festival as a guest speaker, opened his presentation by first boring the audience in order to surprise them later by inviting to the stage two "big guys" in global advertising of the last 20 years: Linus Karlsson - who founded MING Utility and Entertainment in 2014 and later held some of the top positions in networks such as Mother, DDB and McCann - and Gerry Graf, founder of Burton F Graf9000, Fast Company magazine's 2014 Most Innovative Company and rated as an A List Agency by Creativity for the last three years.

Karl and Graf were both brilliant on the stage, wearing captain costumes and with a fun-loving spirit, they shared with the audience their concepts and the keys to innovation speaking Spanish aided by phonetics and closing their presentation with a Karaoke version of La Bamba.

"The title of the chat was used as a way to filter out the audience. From the beginning I wanted to talk about curiosity and ensure that the participants were curious people only. I could have used the space to show jobs and experiments carried out at +Castro, but I believed that it would all be better understood  if the chat itself were an experiment", pointed out Pimentel, who is a guest speaker at Cannes for the third time.

"Curiosity can lead to totally unexpected experiences, and in order to show this in a tangible manner, I wanted to surprise everyone by inviting two speakers that many participants would have made long queues in order to see. At +Castro we believe that the basis for innovation is curiosity. In a fast-changing world, curiosity has become the best learning tool that anyone can have,” added Pimentel.

Why did they choose to speak in Spanish? They are both convinced that "we always need to do things that put us our of our comfort zone, and speaking in Spanish was f***ing hard. Furthermore, we do not dislike the unknown, In fact, we feel very much at ease trying new things and looking ridiculous, such as right now", commented Karlsson and Graf, both relaxed.