What Would You Do With A Lottery Win? Publicis Spain Already Knows 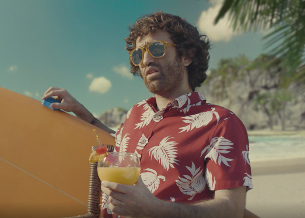 The Primitiva brand continues to use its famous "We don’t dream cheap" with a new point of view, "You don’t know, but you do know.”

We've all dreamed of winning the Primitiva lottery. We've all imagined ourselves in our new luxury surroundings and asked ourselves; “What would I do if I won?” However, if asked we resort to the default reply that we don’t know what we’d do.

This new campaign from Publicis Spain makes reference to this mental block that arises when we’re asked the question "What would you do if you won?" despite having thought about it and imagined it a thousand times! Hence comes the name of the campaign "You don’t know, but you do know.”

The characteristic sense of humour of Primitiva strikes again and invites us to imagine that our dreams can come true if we play La Primitiva.

The spot was produced by BLUR Films and directed by Martin Jalfen.

The campaign, which will be on air from October 26th, includes TV, radio, outdoor, press and instore.

Hair and Make Up: Laura Bruy