What Will Blake Griffin & Chris Paul Do in Their Sketch Show? 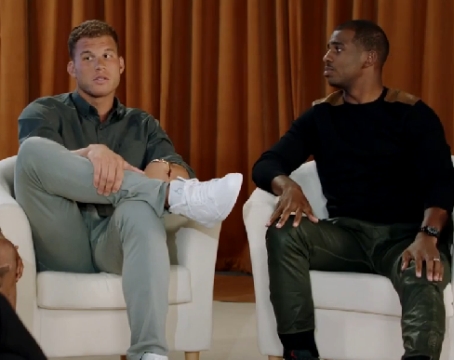 When a Jordan athlete releases a new shoe, you’d expect to see an epic 60 ​second​ spot showing the shoe and athlete in action.  But when two LA Clippers front men, Blake Griffin and Chris Paul, both launch new shoes a month apart, a whole new playing field opens up. With this opportunity, Jordan Brand and Wieden+Kennedy New York teamed up with the co-creator of The Chappelle Show, Neal Brennan, to create its very own sketch comedy show, BGCP3TV in HD.

LA’s main attraction this season can now add TV star to their resume, and you can tell right away that these two feel right at home in front of the cameras.  Their speed and power of flight on the court are well matched by their hilarious antics on screen.

The two 5 minute TV episodes of BGCP3TV in HD (try saying that three times fast) and additional content are launching throughout this week and next to align with the release of the CP3.VIII and Super.Fly 3.  Each episode consists of comedy sketches highlighting the release of the new Jordan shoes and is a shout out to the city of Los Angeles from Black and Chris.

The first episode aired this morning at 12:12am on Adult Swim.  Tune in next week at the same time to catch episode two.  Plus, watch Jordan’s social channels as W+K unveils additional content throughout the week. Currently live are the teaser, episode one trailer, and the full length first episode.