What Were the UK's Top Ten Most Watched Ads on YouTube? 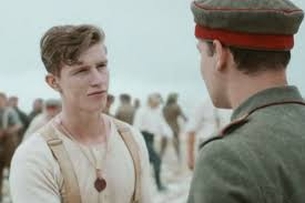 To celebrate the creativity behind the ads that captured our imagination this year, YouTube is also launching a ranking of the top 3 creative and media agencies. The ranking is determined by an algorithm that factors in paid views, organic views and audience retention (how much of a video people watched).

The full list ranked by UK views is as follows.

8. Most Shocking Second a Day Video

Google commented on what we can take away from 2014's top ads on YouTube:

Make the most of the moment: half of the top ads this year are designed around a magic moment (in this case Christmas and the World Cup). But successful brands have learned to split this big moments into hundreds of digital interactions. For example, Nike use before and after the game interactive content like highlight videos to engage with its audience.

Short doesn’t always mean sweet: ads this year were on approximately xx% longer, averaging x minutes in length. This means that consumers online are happy to spend more time with branded content, provided it is entertaining and relevant. Gone are the days when 30 or 60 sec were the norm for captivating ads, and online ads were merely repurposed TV ads.

Emotions & connections: many of the winning ads have succeeded in forming deep emotional connections with their audience. Whether by reminding us of our inner child like Evian or empowering women everywhere like Always, brands are targeting our hearts, not our wallets.

Craig Mawdsley, Chief Strategy Officer at AMV BBDO, creative agency behind Sainsbury’s ad, #1 of the 2014 UK YouTube Ads Leaderboard said: “YouTube has been crucial in enabling us to generate audiences for the film much more efficiently than in the past. In fact, without YouTube, film-making of this ambition would be very hard to justify, as the cost of reaching enough people for a film that takes over 3 minutes to tell its story would be too great. But the “TV-premiere” strategy, that creates a tailwind of PR and social mentions, ensuring the film is sought out by viewers has served us very well. When we showed the film in research groups, a few days after its TV debut one of our respondents summed it up well “Oh, I haven’t seen this on TV yet, but I’ve heard about it, so I was going to watch it on YouTube”.

Charlotte Wells, Media Director at PHD, the media agency behind Sainsbury’s ad commented: “Through clever use of TV, social media and YouTube advertising, real buzz was generated around the Christmas film. On launch night alone, over 1m people viewed the ad on YouTube, it was the most viewed piece of content the day after launch as well as the top trending search term on Google. Since launch, it has now generated over 16 million views and 10 thousand comments. YouTube was the video platform that people went to watch it and find out about the real story of the Christmas Truce and Making of the film. It has been a very special campaign to be a part of and we are delighted we have been able to raise an additional £500k for the Royal British Legion.”