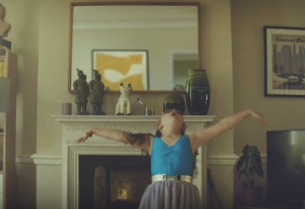 Google has revealed the most popular ads of 2015 according to YouTube. The success of John Lewis and Sainsbury’s Christmas ads saw them shoot to the top of the YouTube Year-End Ads Leaderboard.

The UK leaderboard charts the most popular advertising videos of 2015, with the top 10 also including Christmas ads from M&S and Aldi, John Lewis’s ‘Tiny Dancer’ home insurance ad and Tesco’s ‘Spookermarket’ Halloween spot.

Report it to Stop it

Hyundai : A Message to Space

The most popular ads demonstrate some intriguing trends that can help brands plan their video strategy for the next 12 months. Most obviously, consumers love Christmas-linked content, but the successful ads of 2015 featured humour, emotion and drama, with retail and automotive brands dominating.

Alison Lomax, head of brand solutions at Google, said: “The most popular ads we saw in 2015 succeeded in entertaining and engaging people thanks to their creativity and consumer insights, and they held the viewer’s attention despite the average length of the top 10 being more than two minutes - more evidence that consumers will happily watch longer form content.

“In 2016 two huge sporting events are likely to dominate searches on YouTube – UEFA Euro 2016 and The Olympic Games – and naturally Christmas will come round again. Brands need to make a New Year’s resolution to start preparing video content now that taps into the passions and enthusiasms stirred up by these culturally-unifying events.”

Several of the most successful ads saw amplified engagement thanks to extra content offerings – for instance, John Lewis offered a link to ‘continue the story’ while viewers of the Tesco ad could learn how to recreate some of the pranks. This is a key learning for brands planning a compelling video strategy for 2016 and smart marketers will offer a seamless pathway to discover additional relevant content.