What We Learned About the Music Biz at MIDEM 2015

Trends and Insight 643 1 Add to collection

MassiveMusic reports on the streaming wars, the musical revolution that brands need to know about and exciting innovation… 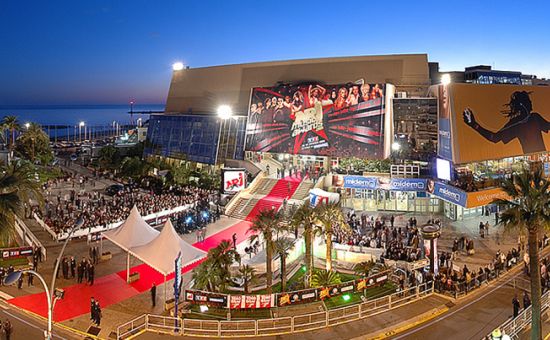 Luc van Stiphout, Account Director Music & Brands at MassiveMusic, feeds back on the must-know debates and trends rocking things up.

While warming up for the Lions in two weeks, the MassiveMusic folks went to Cannes this weekend to get some musical inspiration at Midem and test the temperature of the Mediterranean.

Midem calls itself ‘the leading international business event for the music ecosystem’,  an ecosystem that is heavily re-inventing itself at a fast pace. Nobody knows where we will be in five years. But everyone understands it is already completely different from the past 40 years.

One of the things people agree on is that brands are playing an increasingly substantial role in this eco-system – but funnily enough hardly any brands were attending or speaking at Midem.

“Death is very likely the single best invention of life. It’s life’s change agent. It clears out the old to make way for the new.” (Steve Jobs)

Brian Solis mentioned this quote in his extremely inspiring keynote. The only way to change the status quo is to start from scratch and really think what the consumer wants.

Uber solved this question for the taxi industry and Spotify seems to have solved part of the question for the music industry. But no one is certain that the business model of streaming, as it is, is sustainable for artists and rights-holders.

Nowadays music consumption is a free activity in most people’s minds. All you can eat models are the standard. So Solis questioned why people would want to pay more than £9.99 per month, if that seems to be the market standard?

Vania Schlogel had an inspiring story about redefining the business with streaming service Tidal, a business model that allows artists to get a fairer share of the income. The streaming platform was set up with Jay Z and a long list of other impressive artists, but, as Brian said, this will not pay off, simply because the majority of consumers nowadays don’t care if the artist makes enough money or not.

Apple inspired a buzz of anticipation; it launched its new streaming platform, Apple Music, at the WWDC just a couple of days ago. As with other platforms, music curation plays a big role. Apple has upped the ante by introducing Beats1, a 24/7 live radio station that helps you discover the best new music.

Paul Lamere from The Echo Nest hit the nail on the head when he said ‘Context is the new genre’. With Apple Music the standards are not being re-set, but it will be interesting to see how Apple will monetise their competitive advantage of having direct access to all Apple hardware. That should ensure a quicker market penetration than platforms like Spotify who rely heavily on partnerships with mainly telecommunications companies.

It’s also an interesting time for the rights-holders, as the success of these platforms will define the value of their businesses. Arnoud de Puyfontaine, CEO of Vivendi, which owns the Universal Music Group (UMG), referred to a conversation with a business analyst who estimated the value of UMG at $24 billion USD instead of the current $8 billion USD, which is based on current stock exchange. It shows that there are some very different interpretations of what this new tech revolution could bring in the very short future. 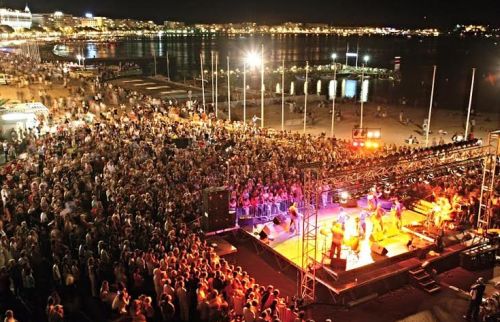 In the meantime, while more and more tech companies are fighting to win monthly subscriptions, it seems that the current biggest winner in the ecosystem is live music. Ticket sales soared in 2014 and Q1 of 2015. So maybe a takeaway from all that is, whereas artists used to tour to promote their latest album, nowadays they release an album to be able to tour.

Taking place throughout the whole conference was Midemlab (sponsored by Pepsi & Vivendi), a forum where start ups could pitch their product/service to a panel of experts.

Below we’re just highlighting a few things that caught our eye from the Internet of things. (For the full overview, click here.)

What if you could feel the bass as you would in a club, when listening to music on your headphones? Basslet is a bracelet that takes the subs from the audio you’re listening to and makes it tactile by vibrating, much like the vibration you feel when a bass-heavy song drops in a club or at a gig.

An intuitive tool to make music, even if you have no experience whatsoever with any instrument.

Plug it into your home stereo and it will automatically generate playlists by detecting who is in the room and their digital music profile.

Overall, we didn’t stumble across any groundbreaking epiphanies, but it’s nonetheless good to sum it all up.

The ‘ecosystem’ is changing at a rapid pace – just as quickly as music stars rise and fall. If you’re not living up to your consumers’ or fans’ needs, you will be left out.

The industry is becoming more democratic: artists can record and release their own album from behind their own laptop. Rights-holders are more open to startups with a proper business plan, deal structures are in place that make it easier to tap into and people are willing to experiment and find out where to monetise this. This will all make for more innovative products and services in the future. However, saying that, as in any democracy, if people think it sucks, they will not engage with the product.