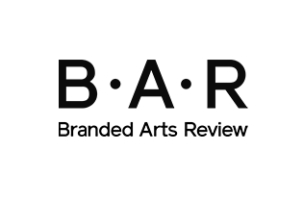 The Lego Movie has been named the best Branded Arts and Entertainment project from 2014, in online publication Branded Arts Review’s annual round-up.

The animated blockbuster film, which broke box office records around the world, and featured the voices of Morgan Freeman, Will Ferrell, Elizabeth Banks and Liam Neeson, has topped the ‘Best of 2014’ list.

The ‘Best Of’ is an annual feature from Branded Arts Review, the independent online publication published by brand agency The One Centre. The publication aims to showcase the world’s best arts and entertainment projects, which have been funded and created by brands

The Lego Movie beat out an emotional online film ‘Papa’ created by Italian Telecommunications company Wind Mobile. The film presents a moving story about the power of human connections and the role of technology.

The Unquiet Film Series, a series of online films created by The Times and The Sunday Times, was in third place. The film series is the result of a move by the newspapers to provide filmmakers with unprecedented access to the iconic masthead's archives.

Net-A-Porter Group’s trailblazing global women’s fashion magazine, Porter, secured forth place in the list ahead of Guinness’ award winning documentary about The Sapeurs, a group of extraordinary men known as the Society of Elegant Persons of the Congo.

John Ford, CEO of The One Centre and Publisher of Branded Arts Review, said: “For the last three years Branded Arts Review has been heavily tracking developments in content marketing and our annual ‘Best of’ reflects this. It’s where the real experimentation is happening in our industry. In 2014, branded entertainment went blockbuster, with both big budget features like The Lego Movie, to serious pieces of art and storytelling like Wind Mobile’s ‘Papa’ and Guinness’ ‘Sapeurs’. We’re no longer looking at branded content being a side stream activity but a legitimate and competitive brand marketing tool. I’m excited about what 2015 will bring.”

Click here for the full coverage of Branded Arts Review's Best of 2014.