Trends and Insight 766 Add to collection 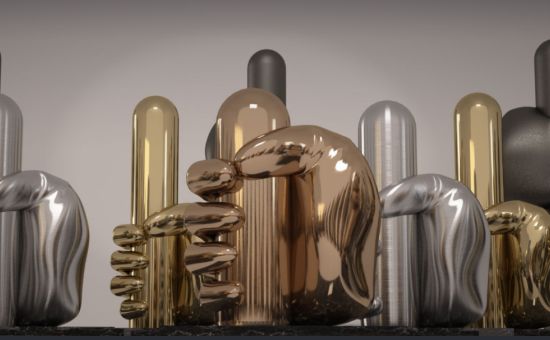 Stunted as my sense of humour is, it was with a Mutley-esque guffaw that I greeted the news of the Handys, a fake award show that celebrates the self-loving (both literal and figurative) that goes on in the advertising industry. There are phallic trophies and interactive, uh, onanism (in the shape of an app) so anyone can crown themselves Adland’s Biggest Wanker. But after the laughter, the tears. The cheeky spoof highlights two of the industry’s biggest tragedies. One, the lack of women in senior roles and two, that the people who most deserve a Handy Award are those least likely to enter.
But let’s put that second tragedy to one side for another day. Possibly a day where we’re both hunched down in a dark corner of a dingy Soho pub.
For now, let’s look at the first. After having a good old smirk at the images in the inimitable Tim Nudd’s Adfreak column (yes, singing the praises of another advertising trade mag is asking for a rap on the knuckles, but hey) and playing with the app, it suddenly struck me. That ‘ad wanker’ stereotype really is just so blokey. So many bronzed willies in the publicity image – what’s a lady ad wanker to do? 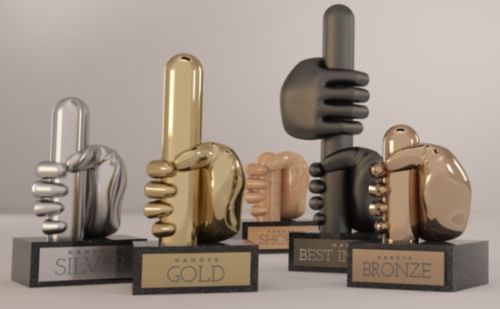 Too many dicks on the dancefloor
I then read further. (Pictures first, words after – it’s my preferred method of consuming news.) Part of the impetus behind the Handys is, indeed, to highlight the tight grip that men have on the top roles in advertising. Even our self-deprecating in-jokes are depressingly non-diverse.
Maybe, though, there are no lady ad wankers? Maybe overbearing pomposity is more of a male trait anyway? It’s a tempting argument… but, no, I don’t think that’s it. I’ve met quite a few out in the wild.
But few climb high enough for their obnoxious qualities to achieve Grand Prix-winning levels of renown.
And (having devoted far too much mental energy to the topic) I got to pondering whether there even is an equivalent insult for female ‘advertising wankers’? Call me an old fashioned biological essentialist if you must, but calling a woman ‘a wanker’ always seems a bit of a flaccid insult. Female self-pleasure doesn’t translate quite so effectively to trophy format. I guess there are a few woman-specific insults we could use… but they’re kind of vicious and don’t quite capture the pretension, the self-congratulation.
Rude, crude and unscientific though it is, I think I’ve found a new barometer for assessing whether the industry really is sorting out its woman problem… It’ll be that day when your non-industry loved ones stop referring to you as an ad wanker. It’ll be that day when frustrated creatives taking their revenge on award shows that overlook their genius create a gender neutral Golden Arsehole trophy. #changetheratio
view more - Trends and Insight