What Marketers Need to be Concerned with Now 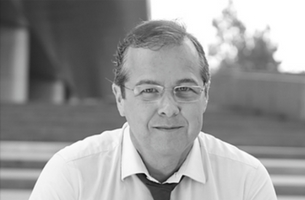 It’s no secret that brands can’t just wing it when it comes to creating ads or building campaigns. If they do, they risk alienating an entire audience or missing out on a great opportunity to reach a new audience—and potentially harming their brand at the same time. Andrew Orcí has seen this happen, and it’s entirely avoidable, he says.

Founded in 1986 by Andrew’s parents, Orcí has filled a void in the marketing and advertising industries for over three decades, successfully guiding brands as they introduce themselves to American Hispanics. It’s something Andrew is particularly passionate about, as he has seen firsthand what happens to brands when they thoughtfully engage with Latinos, and what happens when they don’t.

Andrew explains how to get a better handle on what brands should start thinking about now when it comes to engaging core audiences, and how inclusivity holds the secret for success.

Q>  As CEO of one of the largest Hispanic advertising agencies in the U.S., how does Orcí give unheard voices a platform? What role do you and the leadership team at Orcí have in encouraging that discussion?

Andrew Orci> Orcí is a purpose-driven company, specialising in reflecting multicultural consumers back to themselves as well as the rest of the country, in a positive, aspirational way. Savvy marketers already understand that in order to connect with our significant and consistently-growing multicultural population, they need to value and understand it, and we’re here to guide them.

Q> In what ways is the advertising industry making strides to include women and minority groups in their ranks, and as a focus of their campaigns?

AO> The advertising industry as a whole has emphasised inclusivity over the last few years, trying to be more inclusive of women and minorities across all levels and departments as their representation has traditionally been low.

Thankfully, a significant number of multicultural agencies have been founded by women, or are now led by women. Sometimes it’s even a husband and wife team, as is our case at Orcí. We’re also incredibly proud of the fact that 90 percent of our staff are minorities, and a solid two-thirds are women. It’s a characteristic which helps define us, and we wouldn’t have it any other way.

But in terms of campaigns, general market agencies tend to try for inclusivity through casting diversity. Unfortunately, it’s rarely as effective as using targeted insights aimed directly at multicultural audiences, and yet the proof is out there: targeted advertising gets better results, and targeted communications consistently move the needle. It’s a no-brainer that agencies hoping to target these audiences need multicultural professionals to provide necessary insights, creative, etc. As the industry does more of this work, multicultural professionals will be in increasing demand—which is exactly as it should be.

Q> Can you reflect on how the current political environment has played a role in marketing to U.S. Hispanics today? How has Orcí helped their own clients acclimate to the changing landscape, when it comes to promoting better, smarter content?

AO> In the current political climate, minority audiences often don’t know where they stand. Our job is to show consumers of the brands we represent that that brand values them, understands them and wants to support them. Otherwise, they will take their business elsewhere, to brands that demonstrate interest and loyalty.

Q> You’ve played a heavy role in modernising Orcí’s approach to Hispanic marketing, and leading the agency forward. What’s next for Orcí?

AO> Since we’ve continued to see a decline in the power of the formerly ubiquitous 30-second spot, our approach has necessarily had to change. While traditional television advertising is not going away anytime soon, digital and social channels continue to grow and we need to recognise that.

Orcí’s focus over the last few years has been to build and maintain social networks for our clients so that their brands have a direct relationship and line of communication with consumers. As audiences are consuming content like never before, Orcí remains focused on creating relevant, authentic content that is inherently engaging, bringing the brand into conversation and into their audiences’ world.

Q> Do you have any predictions related to marketing to minority groups in the future?

AO> Ethnicity is a central part of the American identity, so we believe that the multicultural advertising model holds the future for our industry. The segment formally known as the general market is actually the largest multicultural segment in this new marketing model, and it’s also why we recognise the need to connect with non-hispanic white Americans as well as Latino Americans, African Americans, Asian Americans and more. Today, nine of the 10 largest cities in the United States are minority majority, and the rest of America is headed that way, too. Minority advertising is the future in a pluralistic U.S.A.