Trends and Insight 174 Add to collection

Experts from the country tell LBB’s Natasha Patel about the power of the nation’s “young disruptors”, its response to Covid and why nobody does jingles quite like Pakistan 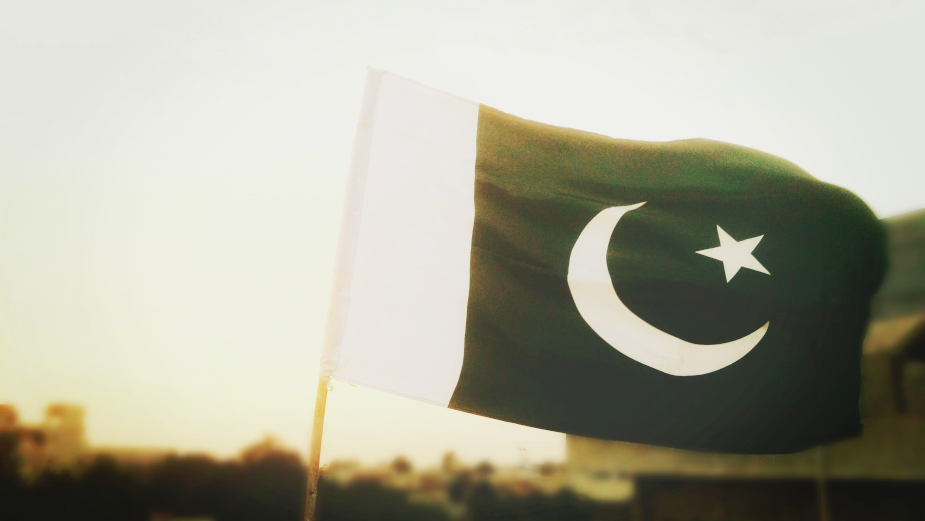 With the world’s population collectively going through some of the same experiences during the pandemic, now more than ever local industries are looking to local experts to provide creativity that would otherwise be potentially overlooked. The creative industry in Pakistan is one that’s unique for so many reasons and one that has the ability to shape the market for the future, not only in the region but also throughout the world.

According to IAL Saatchi & Saatchi’s managing partner Nida Haider, in 2020 70% of Pakistan’s population belongs to what she calls ‘the Internet age’. Having such a young population means that marketers must tailor campaigns accordingly. “This young population is always on, hyper aware and boasts an attention span of just eight seconds. As advertisers we need to find ways to capture a young person’s interest and keep them engaged long enough for the brand to resonate. For this we have to identify their pain points and motivations.” As a company IAL has learnt – possibly the hard way – that the most important thing is to be authentic as “this generation has a very sensitive nose for bullshit”.

The majority of Pakistanis are young and thus, their creative industry reflects this in how media is consumed. Ogilvy Pakistan’s ECD and head of strategy Assam Khalid believes this young population also drives the kind of content that the country produces. “We are now seeing more brands giving more importance to digital media, and to social platforms that are popular with the youth”.

JWTGrey Pakistan’s CEO Sara Koraishy says that for brands, using digital as a means of increasing outreach must continuously be emphasised. The blend between digital and social media, in particular TikTok, is another way for the youth to connect to brands, Sara says, adding: “It is crucial for brands to use these social media tools to build ways to keep their audience engaged.”

Having such a high proportion of youths in the population is a major way for the advertising industry to keep its finger on the pulse, but what else characterises the country’s creativity? Sara observes that the clash between Islam and the subcontinent of South Asia makes for an “odd juxtaposition” that she thinks has resulted in “a confused creative interpretation especially within applied arts and advertising”. However she does go on to say that the advertising industry is always reflective of the times and at present, the low literacy rate and heightened sense of fundamentalism has meant that most advertising is “basic and functionality driven”.

This reliance of the Pakistani people on “functional” advertising has meant that brands in the FMCG, insurance and banking sectors are ones that connect with consumers the most. Sara adds: “The Pakistani consumer can only relate to ads that clearly spell out the problem and give a benefit from the product being advertised.” Most of this functional advertising takes the form of song and dance – something the nation and its inhabitants are fans of.

In light of the view that the industry is focused on a specific type of advertising, Nida believes that creativity is in a phase of transformation with agencies realising just how much power they have over the nation’s psychology. With the Covid-19 outbreak a lot of focus will be on cleanliness and hygiene, but the country has long been trying to distort the imagery of women being in charge of housework and coronavirus is only exacerbating this. “Even before this pandemic, imagery of female empowerment and gender equality were starting to take over from images of submissive, obedient housewives, authoritarian mothers in-law and all but absent husbands. We are normalising imagery of a more progressive household rather than continuing to uphold archaic traditions”.

Campaigns that make references towards progression may have to tread lightly to appeal to every consumer. But there is one thing that the nation is big on and that’s emotional and tear-jerking films with one thing at the centre: the jingle. Featuring a “jingle” – or catchy song – in campaigns tends to add light-heartedness and humour throughout, but the jingle is pride of place because music is generally a deeper part of Pakistani culture. Nida explains: “We have music in our DNA. From Ghazals to Qawwalis to the more religious Hamds and Naats, the rhythm and texture of all kinds of music is in our blood. Therefore, we excel at making music - Eastern as well as Western and our advertising jingles are no exception. I think Pakistani ads have always been remembered by their jingles and the beautifully scored music that runs through them. And even though jingles are becoming out of fashion now- I think no one does them better than we do.”

Assam believes that emotionally charged campaigns go hand-in-hand with jingles and cites this as a popular form of creativity going back to the Pakistani industry’s beginnings.

From those beginnings to now, the country has weathered many storms and is now battling the Covid-19 outbreak with an even deadlier enemy: poverty. Many inhabitants of the country have had to make the heartbreaking decision to die from either the disease or starvation. With so many Pakistani’s needing to work to ensure they have enough money to eat, any form of lockdown means that daily wage earners are fighting with hunger or the deadliness of Covid-19. Sara observes that the way different members of society responded to the outbreak has led to mass confusion and a lack of misinformation. “The affluent and well to do are using this time to find new hobbies and interests, while those at or close to the poverty line are struggling to make ends meet”.

But this young nation has much more resilience than much of the western world due to their ability to fight national disasters and epidemics on an almost-regular basis. Nida explains: “While we are quite used to Old Testament-like challenges in our daily lives, coronavirus with its global impact, governmental interventions, city-wide lockdowns and rising death toll has had a uniquely sobering effect. Our natural optimism is giving way to a wait-and-watch attitude where we are naturally hoping for the best but preparing for the worst.”

Of course, all of this has had a sobering impact on the economy but it has also provided a way for the creative industry to find out more about their consumers. “The industry is seeing large budget cuts, but the bigger brands are seeing the Covid-19 situation as an opportunity to rebrand themselves as responsible entities,” says Sara. She adds that brands have seen the pandemic as an opportunity to laud frontline workers, raise awareness and bring forth socially responsible messages. “Advertising is, hence, still relevant. Maybe more than before.”

The country’s production scene is also a key part of the picture to explore, although Assam explains that production houses are a fairly recent phenomenon in Pakistan. Previously only hiring a director was more commonplace. That said, in these times, it seems that the popularity of Karachi as a filming hotspot has been relegated in favour of animation. Assam explains: “More and more brands turned to animated films instead of shoots, with productions slowly opening back up, but with a lot of restrictions.”

Animation coupled with the ban of Indian content and films in the country has led to a surge in locally produced content. Sara explains that the popularity of television dramas means that channels are constantly producing and shooting soaps with filming hotspots ranging from “the picturesque mountains in the north to the cultural kaleidoscope Lahore”.

With all of these exciting changes in Pakistan, who has been at the forefront of driving creativity? Music is such a huge part of the scene with names such as Nusrat Fateh Ali Khan, Abida Parveen, Atif Aslam and Vital Signs cropping up time and time again when discussing popular musicians.

It goes without saying that feature filmmakers have also shaped creativity, with Sara referencing director Shoaib Mansoor who took the opportunity of reviving the “dying cinema culture” in Pakistan with his film ‘Khuda Kai Liay’ (for the love of god) depicting the effects of 9/11 on the country and its people. Comedians Faiza Saleem and Danish Ali have allowed a larger audience to connect with politics with designer Babrus Khan creating and illustrating Team Muhafiz, a series of comics depicting Pakistani Superheroes.

Nida argues that outside of the advertising scene, the creative visionaries are not just musicians and filmmakers but the “young disruptors”. She adds: “These young people see pain points and find creative solutions around them. Ali Rehan who created Groopic, the app that includes the photographer when taking a picture. Humayun Haroon who created Patari, a hub for the local music scene. Nadia Patel Gangee, who realized women needed a safe space to sell their items and created Sheops.

“For me creativity is the art of making something new, valuable and beautiful for all to enjoy. By that definition I think our tech disruptors are the most creative people of all.”

No matter how you see it, Pakistan’s creative industry is driving the campaigns of tomorrow thanks to innovation, knowledge and the attitude of always having hope.