What Makes a Sound Designer?

The Influencers 694 Add to collection 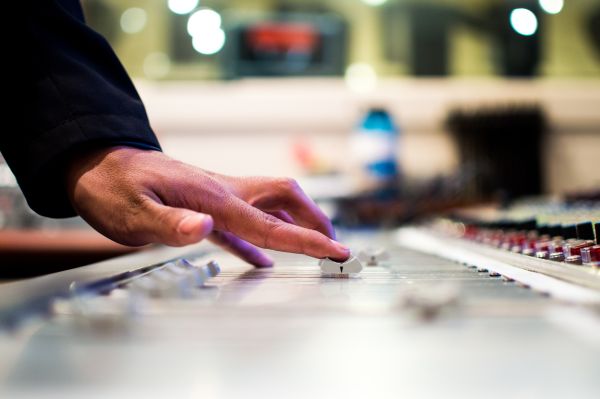 “How did you get into sound design?” “What the hell is sound design anyway?!” These are questions I’m often asked. There are lots of people out there with a passion for music and sound, who aren’t aware of the extent of their options in this business, or aren’t sure if a career in sound is something for them. To answer these questions, I’m going to take each one in turn.

How do you get into a career in sound?

Most of my teens were spent playing in bands with dreams of becoming a rock star. Having recorded a few demos with said bands, my curiosity was piqued in what was happening on the other side of the mixing desk. I was in awe of these great big machines, that looked like something off the Starship Enterprise, and the guys who would command these things. That interest led me to pick up and learn to use Cubase, which in turn led to a Music Production / Technology degree. One thing led to another, I applied for a few (or rather, a lot) of jobs out of uni and (long story short) worked my way up the audio sound ladder and seven years later, here I am, working for one of the UK’s leading commercial sound companies, Grand Central Recording Studios, on spots for brands such as Nike, Heineken, FIFA, PlayStation, Jaguar etc.

Everyone I meet in sound design has their own story. Some fall into it by accident, others follow a more precise path. Everyone has one thing in common though, and that is a profound, personal bond with sound.

What is sound design?

In simple terms, a sound designer is the person who works with a director/creative team to shape the overall soundtrack of a film or the person who creates the sounds used in a spot, for example sci-fi beeps, monster roars and even the subtlest of movements.

The sound field can then be subdivided into smaller, more specific roles: Foley artists will act out the same motions as those happening in a film with the purpose of recording these movements – such as footsteps or rustling clothes - rather than the dialogue. ADR recordists will re-record dialogue from the film that needs replacing. Dialogue editors will clean and balance the overall dialogue soundtrack. On a general level, most of the sound categories can be divided into people who either edit, record or mix.

The skills needed to create sound design with flair can be divided into two broad categories, the art and the craft. Generally speaking, the art of sound design informs the creative ideas behind how you manipulate sounds and incorporate them within a soundtrack - being able to trick people’s ears into believing what they are hearing is “real” when, in actuality, what they are really hearing is something wildly different. The real skill in the art of sound design however, is the ability to weave sound into the story and take the viewer on a journey; where sound resonates with other sensory experiences.

The craft of sound design refers to the specific skills needed to create these sounds. This applies to the variety of tools at your disposal and your skill at using them, for example EQs, filters, compressors, pitch, distortion and various other modulations.

With all of these possible skills needed to become a good sound designer, how can you tell if you have what it takes?

Not every sound designer has a musical background and it is not a prerequisite. Having a passion for sound is a good start however a ‘good ear’ is equally important. You need to tune your ear to be able to hear a sound and critically analyse it and its component parts, as well as being able to identify extraneous noise. Many of the other skills required, such as mic positioning, processing and editing, can easily be taught, whatever your background is.

The other aspect of professional sound design that is arguably equally as important is client management. You may get bogged down in learning the specific skills required to become a sound designer but should always be aware that in a professional environment you will be creating sound design for someone else’s vision. Being able to interpret directors’ ideas and deliver on them is what will define a job well done. If you are the most skilled and creative sound designer in the world, but can’t work with other people and don’t know how to manage client expectations then ultimately you probably won’t be hired again, regardless of skill. We have an engineer at GC whose background was in drama. Imagine how useful that must be in dealing with other actors and directors to interpret their visions and ideas, both creatively and technically.

Ultimately, sound design has been both an incredibly satisfying and challenging part of my life. It’s a lifelong skill that if you decide to follow, I can guarantee will find rewarding. If you do decide to pursue it, my best advice is to just grab the tools and get stuck in!