What It's Really Like Being a Cannes Lions Judge 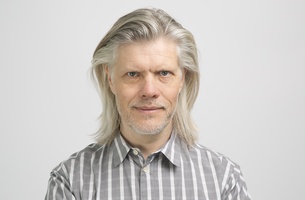 Right now, thousands of creatives from around the world are arriving in Cannes on the hunt for glory, inspiration and as much free rosé as their livers can handle.

Yet there’s one set of creative chiefs who have already been residing in the south of France for a good week or so. But they’ve not got there early just to secure a better spot on the Carlton Terrace. If only they were enjoying such a view.

No, they’ve been holed up inside a small, dark room, staring lustfully through the window at the empty beach outside. Because they’re there for a different purpose. They’ve been there to judge the Cannes Lions.

Don’t get me wrong. Being asked to be a Cannes Lions Judge is a huge honour. It’s vindication for years of hard work. I’ve been lucky enough to judge on three separate occasions now, and every time it’s a remarkable privilege.

But whilst the rest of the industry is lining the Croisette moaning about the work that did or didn’t win, I wanted to take you inside the depths of the Palais and highlight the endless debates, frustration and passion that determines where the Lions end up.

The judging process can be long. Seriously long. Five or six days of debating, arguing and admin. Even knowing the scale of the event, I was still startled when I discovered how much work we initially had to look at before we could even think about compiling a shortlist.

It makes the process quite intense, and means you have to be ready to go from the very beginning. This can often be frustrating, as different people work at different speeds. Getting to grips with the technology can take a while too!

But it’s also exhilarating. You see a lot of amazing ideas in quick succession. They’re elegant, simple and beautiful. It's actually quite shocking that some great campaigns don't even make the shortlist – dying a death before the wider industry can even have a chance to complain. Whether it's because of language differences, understanding of concepts or a differing appreciation of the subtleties in an idea – I’ve seen great work dismissed before the first glass of rosé has even been poured.

It's a shame, as it’s sometimes those subtleties that bring out what's innovative, different and new. But people still gravitate to the familiar and we continue to have those debates about predictable winners across the board.

Yet when the winners do get picked, they’ve not been chosen without rigour. Because that’s the beauty of Cannes. There are no shortcuts. It’s right and important to go through the debates. If we’re standing the work up as the absolute pinnacle of the industry, then we need to take sufficient time to go through everything with a fine toothcomb.

And the organisers do certainly make sure that the correct levels of scrupulousness are afforded. As a judge, they effectively ‘own’ you for the week. They make certain you’re all taking things seriously and that no-one is shirking their responsibilities.

I remember one year – about four or five days into the judging process – where we had 19 jurors sitting in a room waiting for one judge who had ‘overslept’ (read: hungover). As the organisers were trying to locate our missing man – banging on hotel doors, calling mobiles etc – we could do nothing more than sit and wait.

There was no way we’d be allowed to start until he turned up. It was like being back at school in an exam. It was deeply frustrating, sure, but it showed the professionalism of the festival. It’s a proper process, and there’s a great desire to keep things as fair as possible.

Whilst that judge wasn’t the most popular person that day, Cannes judging can be a very unifying experience for those involved. Yes, it definitely gets heated at times, but it also sparks a sort of ‘siege mentality’ between the judges. A real feeling of being ‘all in it together’. Because you’ve definitely all been through the mill once the process is complete. A couple years down the line, I still keep in touch with a few too.

It’s great to witness this true global dedication to creativity. And it’s just another reason why it’s such a privilege to judge at Cannes. It’s hard work, you’re part of an huge machine, but it’s an absolute honour. Here’s hoping that this year’s judges enjoy the experience and get to a result they feel is worthy too. Although for their sake I hope no-one oversleeps!