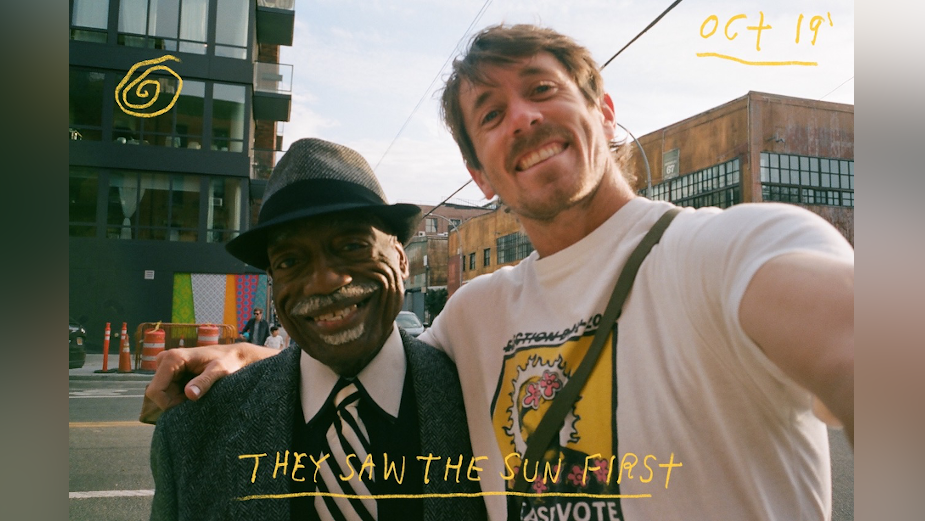 Stefan Hunt has won a BAFTA Award for They Saw The Sun First, his eight-minute film that explores the wisdom older people have to share, for an audience that’s younger.

The film came from two triggers that drive Stefan to create. The first is his long-held desire to inspire change through creativity. The second was the realisation that he did not have any older guides in his life.

Says Stefan: “The idea came from a conversation I had with an older friend of mine, Zenith, on the importance of eldership. Upon reflection, it dawned on me that I consume most of my life advice from other young people who are able to easily share their opinions through various digital outlets - from podcasts, to think-pieces and curated social media captions. But there was such a glaring lack of eldership in my life.

So I began by interviewing elders around New York City, simply asking them about life, ageing, regret, fear and death. The words hit hard and left me asking the question - how do I get young people to listen to this wisdom?”

Stefan’s wife, Vanessa Marian, is a dancer and movement director. By living with dance, Hunt understood its power to capture imagination and emotion in a way other art forms can’t and to resonate with younger people.

Says Stefan: “We began to wonder what would happen if we mapped the words of the elderly onto young people’s bodies.”

The film called on, and developed, a number of the skills and understanding that Hunt has accumulated through his advertising work. The first of these is making a film resonate with its audience.

“When I’m moved by something, I want to try my absolute best to capture that heart in the film I’m creating. That comes first, before the technical film stuff. The hope is that maybe someone out there will watch the end result it and feel what I’m feeling too,” Stefan notes.

For Stefan, this depends greatly on the cast and crew he pulls together. “We had a tiny cast and crew on this project so it was demanding. In pre-production I shared the interviews with everyone involved and we spoke at length about the intention of the project. Even the casting process was emotional. Each performer chose their favourite sentiment to embody in front of four people and a camcorder on a couch. Talk about vulnerability. That definitely set the tone for the shoot.

“Rather than pre-choreographed dance routines, Vanessa, the movement director, and I threw it to the cast when creating each scene, allowing them to lead with their own instinctive movement pathways first. Many of the performers created magic moments we never could have imagined.”

That the film had a cause behind it is a characteristic of Stefan’s favourite commercial work.

Stefan says: “When you see great creative that moves you on a human level you feel excited at the prospect of adding your own touch to elevate it even more. The cast and crew I surround myself with impact the soul of what I’m able to create greatly. When there are like-minded folk around who are down to just share the message, work hard and show each other respect, the vibe just naturally bleeds into the work.”

Lastly, the film was a turning point for Stefan, a maturing of his style.

Exit executive producers, Declan Cahill and Leah Churchill Brown, commented: “We are so proud for  Stef and his collaborators that they  won this BAFTA. It is a different approach from Stefan in that it appeals emotionally but through methods that are less traditional and yet more powerful for that. To achieve this just reinforces that his ability to approach characters and performances is innovative but also accessible.”