What is the Croisette Saying About the Brexit Vote?

Awards and Events 369 Add to collection 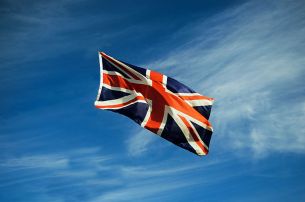 Aside from the awards, the growing flotilla of tech company yachts and the Samsung VR rollercoaster, the real big talking point of Cannes Lions 2016 has been the impending Brexit referendum in the UK. While the ad industry enjoys the Croisette, there are some nervous Brits about – on Thursday the UK votes about whether it should remain in or leave the European Union. But what’s the view among the rest of Europe’s creative community? We found out…

I read an article recently in the Frankfurter Allgemeine Zeitung, one of the biggest newspapers in Germany, and it was full of question marks. We don’t understand what is going on in Britain. The reporter travelled from the east to the north west of the country to get as many viewpoints as possible. The more rural they got and the smaller the towns got, the less reasons they received from the British population. It was a big case of ‘we want out’, but without much reason. I think that’s quite interesting.

We at Kolle Rebbe and in the rest of the German market really like doing post production in London, at places like The Mill or others. With Brexit this wouldn’t be so easy anymore, there would be a lot of paperwork involved. The whole process of permission and billing would take a lot longer.

Also, I’m a big fan of Pet Shop Boys and I’m going to see them in July in London. I want to get there stress-free!

Our London team of 50 people is made up of around 18 different countries. I’m afraid of where this is taking us. Not just Brexit - I think the phenomenon is bigger than Brexit. What it seems like is really nationalism. The most frightening thing is that if you read books like Mein Kampf - which isn’t something I want to be quoting - but it seems like some messages from that have been around the argument. Also, if the UK exits the EU, that will have a domino effect of some sort. It will just fuel the need for nationalism even more. The challenge I have is that I don’t understand how the world gets better by that. It’s like sharing ideas. The more you share, the more you get. Talk to any startup entrepreneur. They will tell you that they have shared hundreds of ideas with different people and one of them is actually worth building a business on - and they came to that decision by sharing ideas with others.

Adrian Botan, Global ECD at McCann, based in Romania

I’m a passionate advocate of Europe because I know what it meant for Eastern Europe; it was an amazing step forward. We progressed by entering the EU and you can see the difference between countries like Romania and neighbours like Ukraine who didn’t have the chance to enter the EU and have never been forced into the rule of law. I think it has a huge positive impact that people take for granted. It’s a shame and it’s similar to what’s happened in the US. But the human brain is wired to see the negative points.

As for Brexit, maybe it was a dangerous thing to start. You cannot ask people for simple answers to complex issues. I've been missing any real positive slogan or message from the remain campaign

Yesterday I came across the line ‘Lead, don’t Leave’, and that’s what the UK can do. But it’s a historic choice you guys are making.

Hermeti Balarin, ECD Mother London (a Brazilian with Italian heritage and an EU passport who has lived in the UK for 13 years)

I was amazed because nobody took it seriously until very recently because everyone just thought it was a stupid campaign promise by the Tory government and people were already sceptical to begin with… and then it went downhill. That’s what politics has become – whoever has the biggest, weirdest personality gets the front pages.

For a moment everyone was pointing fingers at America going, ‘haha you’ve got Donald Trump’ – cut to this week and we almost have the same situation, the outcome is a lot scarier.

A lot of people in the creative industries have come to London because it is open minded, welcoming, cosmopolitan, doesn’t judge and you never feel like a foreigner. Right now it feels like a shift, and I don’t know if I feel as welcome here.

… and now a view from an expert! Matthew Goodwin, Professor of Politics, University of Kent speaking at a J. Walter Thompson event on Tuesday

“Typically 51% of 18-24 year olds say they plan to turn out and vote. The figure for 65 years and above is 81%. So differential turnout is absolutely key. I would argue it’s an in-built advantage for the leave campaign. This is the problem President Obama was meant to fix. The strategy deployed by Cameron’s team was to boost registrations through Obama. The rational for that was very simple: Jeremy Corbyn was not doing his job. Jeremy Corbyn was not mobilising Labour-leaning, young, pro-EU voters. This is not the Labour party of the Tony Blair era. Imagine this referendum with a Tony Blair-led labour party. It would not be close in my view. Jeremy Corbyn has failed to portray Labour’s position. That’s not my opinion, two weeks ago a YouGov poll revealed that 49% of voters don’t know where Labour stands on the referendum. This is the party that wanted to take Britain into the Euro. It’s the party of Tony Blair. It’s the party of progressive politics. And 1 in 2 of their voters don’t know that Labour wants to stay in the EU.”