What is madness worth? Lessons from Vince and Tony

Trends and Insight 103 Add to collection 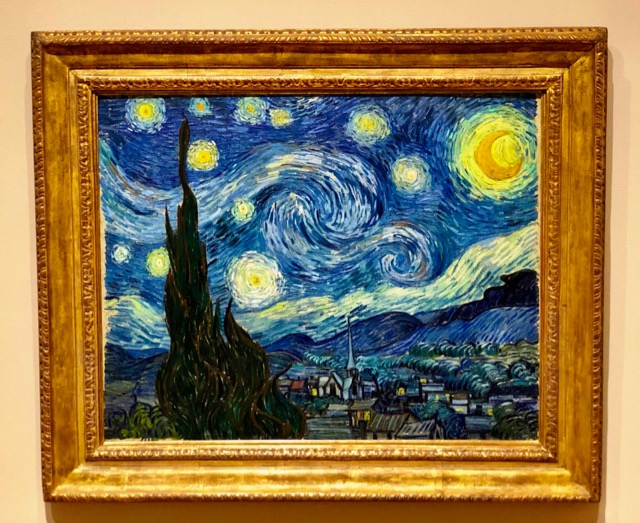 "Belief is holding on. Faith is letting go." - Alan Watts

We will get to the painting later. We need to go back 48 hours.

My little obsession with obsession and madness began with a story I had read on the plane to New York. Now, it is important you know that I know very little about skateboarding. Yet, even I know who Tony Hawk is. The story was about him doing the first 900. This happened at the X-Games in 1999. It is a trick that is ridiculously difficult because you cannot see the skateboard twice while performing it. One of those moments is the landing. You kind of have to just know where the board is and hope you land on it. I found an interview where the great man explains it far better than I could. https://www.dailymotion.com/video/x62akqy.

What I found interesting about the story was the fact that even though time was up in the competition, he kept going. He didn't care about the trophy. The trick was the prize. He tried to land it over and over and on his tenth attempt, he nailed it. The competition was over but the crowd went nuts. He had done something impossible. He had taken an extra 10 minutes to get to that invisible line in his head and changed the world.

In our business, the question is always how long will something take. And these days, there is definitely less time than there used to be.

Here is the strange thing though. Every great piece of work I have ever seen made in an agency had people who pushed and worked way beyond what was required or reasonable. They were trying to get to that invisible line in their head. They disregarded time to make something great. It's a type of madness that many in our business don't understand or think is important. But believe me, it is not an ingredient you can do without.

Depending on your point of view, spending that time is either wasteful or very necessary. What I believe is there has to be some level of obsession or unreasonableness to get somewhere new or great. This is why creativity is so difficult to commoditize. It is the antidote to patterns. Its job is not to accept the way things are. This makes people uncomfortable.

In advertising, we are very fond of talking about pushing the work. Go one more round. However, lately, there are other narratives. One is that advertising is dead. The other is that creativity might not be required. Perhaps, it can be replaced. At the root of these narratives are always money and time rather than any concern for the product.
Super Bowl Sunday in New York

While I was thinking all of this, I found myself in the middle of New York. I was lucky enough to have a ticket to the Skittles Commercial Broadway Play. Instead of running a 5 million dollar ad on the Super Bowl, they created a play. The year before, Skittles made an ad for just one person. Both campaigns were very original, a lot of fun and very successful. Some would say they were very risky or a little mad. Well, that night I watched the Super Bowl for the first time in America. I remember about 3 commercials from hundreds. There were a lot of patterns. Celebrities etc. Some ads were genuinely awful. They were boring and facsimile's of a hundred ads that have come before them. Strangely, those are never seen as a big risk. Yet, for brands they are the biggest risk of all.

The next day I found myself staring at Van Gogh's hypnotic Starry Night with hundreds of people at the MoMA. He painted it from an asylum through barred windows over 120 years ago, yet it feels modern. He was losing his mind. The scene doesn't exist. It is made up. The village in the painting was painted from memory. I stared at it for a very long time. I came to three conclusions.

The more I looked at the painting the more beautiful it got and the less I understood it.

There are no colour by numbers paintings in the MoMA.

A lot of people might not like or be comfortable with madness and obsession but it has value that is beyond measure.

Because it can change everything.
damonsbrain.com
view more - Trends and Insight