What is Good Sound Anyway? 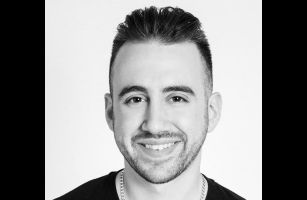 Early on in my sound design career I was obsessed with detail. Observing every frame within a film and assigning a sound to everything that could possibly make one. While this yielded certain results, exploring some my favourite pieces of work bore the realisation that what is far more important is the nature of the details, not simply the number of them. Choosing to make one or two details audible in a sea of possibilities is often the more powerful choice.

Take for example what is (in my opinion) one of the most powerful sound design sequences — the beach landing and subsequent battle scene in Saving Private Ryan. What makes this sequence so great from a sound perspective is how little we hear during key moments, and the extraordinary, evocative quality of these visceral sounds in the context of the scene.

Here lie two different trains of thought – the art and the craft of sound design. While one simply reacts to what we see and fill in the details – craft – the other is intended to evoke certain emotions and mood along reactions from the audience – art. In reality, the two aren’t mutually exclusive. In order to make creative sound design you still need the technical abilities to do so.

For years I had long been at odds as to whether sound design was an art or a craft – neglecting to consider that it could be both. In some respects, I could be termed as merely an engineer, meeting the needs of a director or creative in order to deliver their artistic vision; filling in the details with the necessary tools at my disposal, following good practice to ensure a pristine end product. However, that neglects the agency involving sound designers in the creative story telling process. By experimenting with sound, playing its nuances – SFX, music and dialogue – you find that sound begins to shape the picture as much as picture shapes the sound.

Sound has value when it is part of the storytelling continuum; when it changes over time and resonates with other sensory experiences. When sound is set free and becomes an active player in the story making process, it begins to take a life of its own. In order to achieve this, I believe that sound must be considered at every stage of the process — not just in post.

The generally accepted view is that sound has a narrow potential in storytelling, needed in order to enhance the visuals in a kind of transitory reality in which sound is merely reacting and following the picture. However, it doesn’t allow for sound to contribute and influence creative decisions and thus will yield a far less complex and interesting sound track than if the sound was afforded the opportunity to advise the creative processes.

To put this in context: on set a DOP or production designer may make suggestions relating to a script, and they will tell a director how setups can be altered to better use their crafts. So it would surely follow that a sound designer could make suggestions to an editor or art director on minor alterations to better utilise the sonic possibilities of a scene. The end goal is ultimately the same — to further improve the cinematic experience; to tell the story better.

It is a great tool that can give the audience the feeling they know the place they are observing; to hear the character and mood of a scene whether it’s frightening, weird, ugly, beautiful and so on. Sound can be manipulated to give a range of emotion and mood that can resonate with other elements in the film. This can’t happen effectively unless we write, edit and shoot in such a way that allows it.

The point I’m trying to make here is that sound design can only be as artistic as it is allowed to be — which may sound like a silly statement to make in itself. However, the foundation of sound’s power doesn’t originate from the sound designer; it begins with the director, the script writer, the editor, etc. This is why sound should be all about collaboration. Rather than be pigeonholed as a technical afterthought, sound should influence artistic decisions. The focus should be about finding new ways to collaborate as early as possible so that sound can truly be an important part of the story. 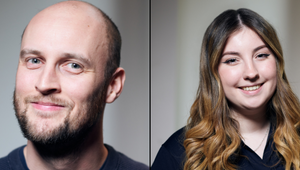 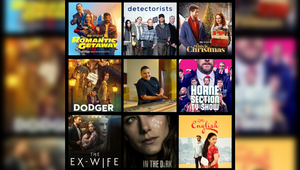