What is Colin Farrell Doing as James Harden's Inner Voice? 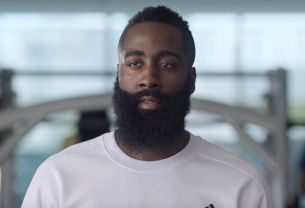 Created by BBDO New York, the 60 second commercial demonstrates that the key to confidence is looking fresh with Adidas Ultra Boosts from Foot Locker and always trusting that little voice in the back of your head, which for James Harden, is the voice of actor Colin Farrell for some reason.

The ad will run on TV and the brand’s social channels and will be accompanied by various Snapchat and pre-roll videos. The work features a premium assortment of adidas apparel and the adidas Ultra Boosts, available at Foot Locker stores and footlocker.com this back-to-school season.