What Happens When You Drop A Ton of Apples Onto a Drumkit? Tic Tac Finds Out 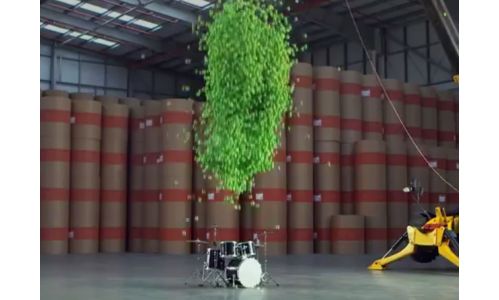 Ever wondered what a drum kit would look like being burst apart by a ton of apples from a great height? Well wonder no more.

The brainchild of Aesop creative director’s Matt Pam and Simon Hipwell the films, which launch Thursday 12th June, were brought to life by Top Gear director Kit Lynch-Robinson and the celebrated director of photography Gary Shaw (features include the blockbuster Moon).

The first of the six films – Drum Kit - will launch on You Tube with a link to the tic tac Facebook page where consumers will get to vote on the object they want to see burst next. A new apple bursting film will be released each week throughout June and July.

Commenting on the films, Pam and Hipwell explain: “This was a great chance to put tic tac back on the map with its core target market, and also fulfill a childhood dream of bursting large inanimate objects with tonnes and tonnes OF APPLES!”

The digital campaign, which has been developed to appeal to 18-24 year olds, is the first of its kind for tic tac.

“This campaign is a new and different way for tic tac to engage with its consumers” explains a Ferrero Spokesperson “and we have invested heavily into digital media to make sure it is a success. The “Burst It” digital campaign is part of a wider support for apple burst which has been running since May. It has included TV, Outdoor and Video on Demand, with a spend of over £2m.”