What Does the Rest of the World Think of Pizza Hut's Vegemite Stuffed Crust? 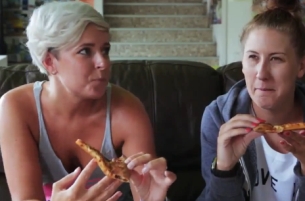 This week sees the launch of Host’s first work for Pizza Hut since winning the business in November last year.

The campaign supports the launch of the new Vegemite infused ‘Mitey Stuffed Crust’ pizza, a uniquely Australian combination created to celebrate Australia Day and our love of the national spread.

The film shows that while true blue Aussies can’t get enough of the good stuff, others think it’s downright awful.

According to Pizza Hut Australia’s Head of Marketing Fatima Syed, “ The Mitey Stuffed Crust Pizza works unbelievably well with any of our topping combinations and we couldn’t think of a more quintessentially Aussie pizza to launch in time for Australia Day. We’re sure our fans will love it as much as we do”.