What does 'Made in Britain' Mean Today? 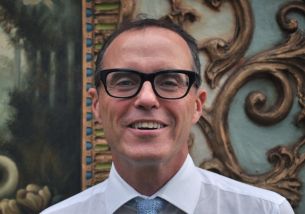 For many brands their provenance, or country of origin, can be an important selling point. Think French perfume, or Italian cars.

Britain’s enviable reputation for producing craft, luxury and innovation is something leveraged by many successful businesses who amplify their ‘Britishness’ to add value to their brand.

But, as the UK struggles amidst one of the biggest periods of upheaval for several generations, we are also suffering from a major identity crisis and sending confused messages to buyers elsewhere.

So, as we continue to navigate uncertainty, is it time for brands for whom Britishness is an essential part of their make-up to assess what this all means? How do they retain relevance as perceptions shift? Or is now the time to bin the Made in Britain tag?

Two factors suggest not. Britishness still creates real appeal amongst many consumers. Research released towards the end of 2017 revealed that 75% of consumers are more likely to buy a product that has been made in Britain. Also, the devalued pound makes British goods appealing for buyers abroad. However, in such a volatile world neither element can ensure long term success.

The British brands we work with are asking for a more precise definition of what Britishness means. They understand that slapping a Union Jack on their products isn’t enough (or in fact, can be ‘too much’). The CMO knows they can still leverage craft, heritage, innovation and luxury, but it needs to be handled in a more sophisticated way.

For some British brands, heritage means referencing their pioneering origins. The famous green Hunter Boot which we helped to successfully relaunch five years ago, started out in 1856 when rubberisation made it possible to withstand hostile climates. This helped a new moneyed class of people, like the Victorian botanists, to explore the wider world. This aspect of Britishness is still very much alive within the brand, whether helping people discover themselves at Glastonbury or face the elements in the Scottish Highlands.

Ingenious design and engineering are something else that is recognisably British, like the Spitfire’s wing or Brunel’s suspension bridge design. Take Dyson, for instance, which a few years ago was cited as the number one vacuum cleaner in Germany ahead of the homegrown German brands Siemens, Bosch and Miele.

Britain’s history is also steeped in liberalism, open trading and decency. Mulberry has tapped into these values to great effect through a mixing of cultures and high and low influences. This can be seen internally through its appointment of Spanish Creative Director, Johnny Coca, and externally in its collaborations with artists and tastemakers like Grayson Perry and Mercury Prize-nominated band, The Big Moon.

However, for every brand that understands how to ‘do’ British, there are those missing the mark. Mini has resorted to a brash and gimmicky interpretation of Britishness: for example, the car’s rear lights now have a corny half Union Jack design.

And then there’s British Airways. Its cabin crew, even in economy, were rightly famous for their professionalism and friendliness. They made you feel like you were being hosted, and this matched the British ideals of universal suffrage and tolerance. However, BA has sadly reacted to the impact of low-cost airlines, not by doubling up on its service, but by cost cutting. Without a guiding brand vision that leverages any aspect of Britishness, the welcome has been lost and is often replaced by fake smiles and brusqueness. No surprise, then, that in a recent Which? survey on long haul economy airlines, BA came third from the bottom.

Interestingly, Britishness is even being appropriated by brands outside of the UK because they see the UK as a melting pot of ideas. You only need to look at the latest ad campaign from quintessentially Italian brand, Gucci, which featured British export Harry Styles in a St Albans fish & chip shop. It picks up on British style and irreverence and proves that we have values that translate brilliantly abroad.

So, has Britishness been bust by Brexit? Definitely not. But external factors are forcing it to be updated. This means that companies, whether they’re luxury brands or industrial corporations, need to carefully audit how much of their appeal rests on their Britishness.

This is something we help brands to do by getting them to ask themselves ‘What kind of British’ they are – for example, is their humour more Frankie Boyle or Michael McIntyre? Then, having clarified the nuances, we bring in the ‘so what’ factor? If you’re more Michael McIntyre, are there at least five ways in which this manifests itself in the business – whether through your customer service, product offerings or hiring policy.

Using this kind of process to identify, with precision, their own authentic definition of Britishness, brands can build a timeless appeal that will be relevant, modern and sophisticated – whatever politics throws at us in the coming months and years.