What Do You Do When You Get Arrested? BSSP Gives A Surprising Answer 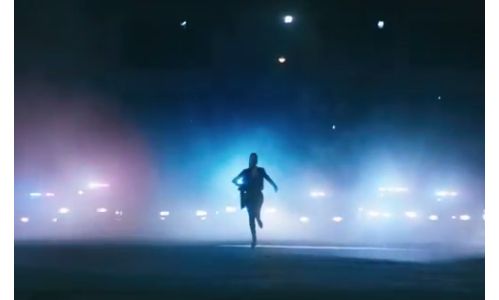 Police sirens wail as our heroine in high heels races futilely to outrun the police cars lined up behind her. She inevitably tumbles, scattering hundreds of glittering gems across the dark concrete. Cut to her, handcuffed, in the back of the police car. She skillfully opens her pocketbook, considers a paperclip and a bobby pin, and instead, opts for her Benefit Gel Liner Pen – all to look her best in the mug shot

BSSP enlisted the director Noam Murro to give a cinematic edge to its spot for the launch of Benefit Cosmetics’ new “They’re Real! Push-up Gel Liner Pen.” The new film will be released globally on May 15th.

“The Benefit make-up brand has an edge.  Its personality is a little bit feisty, so for its first-ever broadcast campaign we thought we could have fun and tell a story that connects with the Benefit consumer in a playful way,” explained Steve Mapp, Creative Director at BSSP.

The challenge to the agency, which won the assignment following a pitch last year, was to demonstrate the ease of use of Benefit’s soon-to-launch Gel Liner Pen. Known for its cheeky line of instant beauty fixes, Benefit’s philosophy is “Laughter is the best cosmetic.”

The set up depicts a jewel thief handcuffed in the back of a police car.  She watches the cops in front, while opening up her pocket book.  She first takes out a paperclip, then a bobby-pin, considering the option to release the handcuffs and seemingly escape.  Instead, she takes out her Benefit Gel Liner Pen and as the car moves down the road, she artfully adds liner to her lids – the ultimate product demonstration. The ad closes with her posing for the police camera, her eyes bold and outlined to perfection.

“This spot has the feel of a cinema trailer – a true testament to the influence of director Noam Murro and a fantastic idea by BSSP,” noted Hannah Malot Creative Director of Benefit.  “We think it will have enormous appeal around the world and will be shared and liked by our global audience through social media and word of mouth.  The product is a true innovation in the marketplace.”

BSSP’s film inspired Benefit to create a series of in-store displays, postcards and print ads that feature the jewel thief in handcuffs, applying the gel liner.  The new product will be available globally this summer.