What Do Production Companies Do? A Helluva Lot More Than They Used To

Trends and Insight 326 1 Add to collection 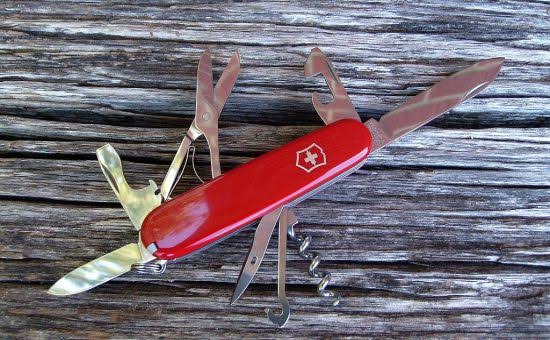 What do production companies, like, do? At a time when the advertising industry is in flux – some might say crisis, others might say exciting disruption – it’s a pertinent question and one that the Advertising Producers Association and the Beak Street Bugle has been asking this week. But I can’t help but wonder if the real question is, these days, what doesn’t a production company do?

That agencies are muscling in on the production space with in-house units is not new news, and is the source of a fair bit of controversy in the production space – and it feels like much of the series is geared around defending production companies against encroachments on their territory. The unspoken second part to that is that production companies are also moving into new spaces. Hiring creatives. Building edit facilities. Innovating with technologies like virtual reality, creating interactive experiences. And – whisper it – working directly with clients.

Direct-to-client relationships are something that the production industry used to be very shy about – well, at least they were shy when it came to talking openly. But that reticence is dying away. As Framestore’s Jon Collins told me earlier in the year about the fear of angering the ‘hand that feeds’: “we know that the ‘hand’ doesn’t feed so much anymore!”

One of the catalysts for this move has been the shrinking budgets but also a natural response to the agencies’ behaviour. Pitches have slowly evolved into full on creative development – it’s not so unusual for a production company to find itself copywriting and developing scripts. Unpaid, d’accord. So unless paid pitching comes in as an industry standard (as it is now in South Africa), then it’s not surprising that disgruntled production companies might wonder why they’re doing work that agency creatives are being paid for.

Of course, moving ‘upstream’ or into different spaces isn’t a new phenomenon. Lest we forget, R/GA started off life producing title sequences for Hollywood movies. It’s now one of the world’s leading digital agencies, with tendrils spreading into business transformation, start up investment and connected architecture.

When it comes to working with new kinds of clients and venturing upstream different companies are certainly at different stages on that journey. Some don’t really want to go there at all. Some are curious but uncertain how to proceed, or are locked into the same approaches they use with agencies. Others are smashing it home in confident style. I had an interesting chat with Nick Hajdu and Stuart Stubbs of Navigate Video, the other day. They’re a company that helps production companies pitch direct to client by giving them digital strategy expertise (where will the video live online, what works best on different platforms) – and they noted that the traditional production company sales approach just doesn’t work so well with brands. They don’t care particularly about which directors you have – they want to know what you can do for them.

The choppy waters of constant change can be difficult to sail, and it’s true that some production companies are managing that better than others. There are, undoubtedly, production and VFX houses struggling with the new reality, those who have yet to really figure out how to surf the changes. Some will get there, some won’t. Some are managing by sticking to what they’re good at – high end film – and doing their damnedest to make sure they’re doing that better than anyone else. Others have recognised the opportunity that rapid, responsive online video content presents.  Others have upended their business model wholesale by committing to innovation and new technology.

And that’s the thing, when we talk about ‘production’, we no longer mean ‘TV’ or even ‘film’. Whether it’s VR or installations or 7-second vines, the great producers excel at making things happen.

Yes, the big agency groups are building in-house production units, but other agencies are gutting their production departments, shedding PAs like skin cells – and that’s where production companies have a real opportunity to be the heroes that these agencies desperately need. One article in the APA’s series was written by an anonymous director and made some excellent points about why a good production company producer is gold dust for an agency: they are best positioned to balance pragmatism and protecting the final piece, and they are always working on a diversity of projects so are always as she (or he) says, ‘match fit’. Not being a salaried employee of the agency, they’re also able to cast a clearer eye on where to save, where to spend without compromising creative quality. This director also says, with admirable honesty, that production companies themselves often put too much emphasis on the directors they rep and too little on their own production expertise. For smaller agencies in particular, production companies are much-needed problem solvers and partners.

I’d also say that some of the most exciting companies in London (and, to be fair, I always say this) are VFX houses and production companies. Because they’re hungry and inquisitive, they can’t help breaking and making stuff, playing with new technologies or exploring new business opportunities. The most exciting recent production company hires in London have been, for me, seeing the likes of Nick Bailey, Isobar’s former CEO and EMEA CCO, join up with Dingo Bill and James Morris of Mediacom Beyond Advertising joining Stink Group as its CEO. A digital creative leader and a media agency’s head of content – interesting, no?

How Long is a Piece of String?

If agencies aren’t quite sure of what production companies do, I’d suggest that it’s because these days they do an awful lot. And as media agencies move into content creation, I’m also shocked by how poorly acquainted many of them are with the production community and what it might offer (and vice versa – I can’t recall many, or any, production company reps I’ve spoken to who have started sniffing out opportunities there. And, believe me, there are opportunities.)

Perhaps another reason that people might be unsure what a production company actually does, what it really is, is that they’re all so diverse and constantly evolving. A high end TV and cinema shop with a roster of big name directors, a digitally-literate animation house-turned-interactive hub, and a full service VFX house with in house creatives are all very different businesses.

So, what do production companies do? I think the easier question to answer is: what don’t they do? 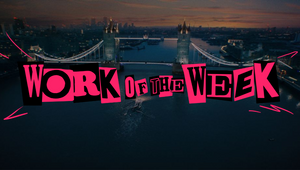 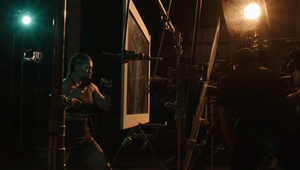 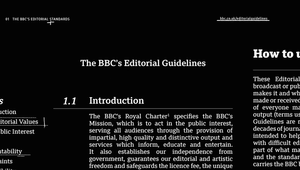