What Can Britain Market to the Rest of the World?

Jon Sharpe, CEO of RKCR/Y&R, on promoting the British sense of decency and reserve round the world 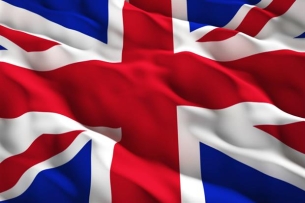 The Culture White Paper, presented to Parliament this month, puts a big emphasis on the GREAT campaign and marketing ‘brand’ Britain.

Fair play and politeness, two of the nation’s best, if least showy, attributes, could top an alternative list of British cultural exports to enrich the global stage right now.

The planet could also do with a healthy dose of irony. On the 400th anniversary of Shakespeare’s death, that prevailing master of irony, the great bard himself, will quite rightly continue to top our cultural exports.

British music, fashion and sport, especially the Premier League, are celebrated around the world as much today as ever. But British comedy (one of our greatest exports) is languishing in the 1980s as far as the rest of the world is concerned.

Ask your average American what British comedy they are most familiar with and the response is often Monty Python, Fawlty Towers and (alarmingly) Benny Hill. We need to get the rest of the world to also embrace our modern comedy greats such as Peep Show, The Thick of It, Nighty Night and Alan Partridge.

As far as drama is concerned, we lag behind even further - in the 1920s to be exact. The global phenomenon that is Downton Abbey is extremely laudable but it has helped to further cement archaic British stereotypes abroad.

We need great British TV with a contemporary edge, such as The Night Manager, and the-soon-to-be released Undercover, to also come to the fore.

We’ve long understood the enriching value of culture in and of itself and its ability to make people healthier and happier. But we’re just getting our heads around what exporting culture can contribute to Britain, from attracting trade, investment, tourists or students, or increasing our soft power on a global stage – selling our culture abroad is fundamental to our nation’s future.

We need to ensure that all the diversity, talent and humour that makes modern Britain plays out on global stage. There couldn’t be a better time to rejuvenate brand Britain abroad.