What Can Adland Learn From the Giant Tunnock’s Teacakes? 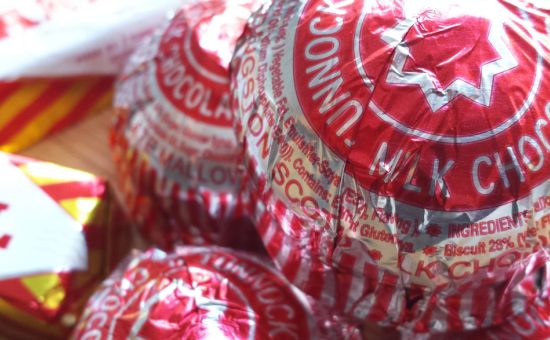 Not since Mel Gibson lifted his kilt and bared his behind to a group of armour-wearing extras in a soggy field has the news agenda seen such a Caledonian invasion. This summer the Edinburgh Festival Fringe (the biggest arts festival in the world, dontcha know) is being flanked by the Glasgow 2014 Commonwealth Games and the small matter of the Independence referendum in September. There’s a lot going on in Scotland right now, creatively, in sport, in politics but in the past week the biggest story of the lot has been about the humble Tunnock’s Tea Cake. A surprise appearance in the, err, surreal Commonwealth Games opening ceremony saw the retro snack enjoy a surge in sales. Biased though I may be, I reckon there’s a lot of agencies and brands – wherever they are in the world – can learn from this tiny Scottish blob of marshmallow-y goodness.

Judging by reactions on Twitter, the Glasgow 2014 opening ceremony triggered a mass fit of eye-rolling and cringing, but one thing they did get right was the brand involvement of Tunnock’s (in the form of giant dancing teacakes) and Irn-Bru (propping up a model of Edinburgh’s iconic Forth Rail Bridge). If you believe reports in the press – and what the hell, I’m inclined to on this occasion – the brands had been approached by the organisers and agreed to allow their branding to be used in the show without knowing how they were going to be used. It wasn’t part of some incredibly complex strategy imposed on the games by the brands. It was the organisers who wanted to acknowledge Tunnock’s and Irn-Bru as part of Scotland’s cultural landmark. Whether or not money changed hands (while Irn-Bru is an official sponsor of the Glasgow 2014, Tunnock’s is not), both inspire nostalgia and a genuine fondness in Scottish hearts and minds and bellies, so their presence felt authentic, not corporate or forced.

I can’t help comparing the Commonwealth home-made high-camp to the really odd situations that have plagued big brands sponsoring major sporting events over recent years, in particular the crackdown on small London businesses celebrating the 2012 Olympics. In Glasgow, the most prominent brands are not those that have been foisted on the local community but those that have been inspired by it. It’s kinda nice.

Authenticity is, I think, the key to Tunnock’s success. The company was founded as a bakery in 1890 and in the 1950s it transformed into a confectionery giant with the introduction of the marshmallow Tunnock’s Teacakes along with Caramel Wafers (my personal favourite), Caramel Logs and Snowballs. Since then, Tunnock’s products have been a mainstay of packed lunches and visits to the elderly. Quite coincidentally, when I brought a box of Teacakes and a packet of Caramel Wafers into the office, for research purposes, the response was “this reminds me of going to granny’s house”; when our Deputy Editor posted a photo of the stash on Facebook, an old school friend chimed in, “I can remember you every morning with one of those and a can of cream soda”. 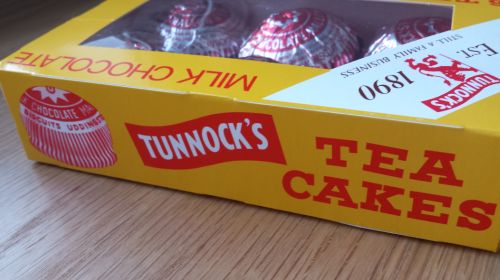 The original branding has survived for 60 years; the retro foiled paper of the wafers and tinfoil of the teacakes have, quite by accident, given the brand a distinctive tactile dimension. The wrappers are of another time and trigger physical memories. While other brands might deliberately mine their heritage for a new brand strategy, Tunnock’s are simply doing what they have always done. Authenticity is, by its nature, pretty hard to fake but that doesn’t stop agencies and brand consultants trying. 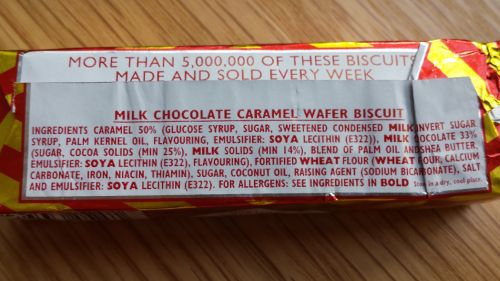 It’s a steadfast vision that’s paid off both with sweet-toothed Scots and consumers in international markets (particularly the Middle East). Tunnock’s profits have steadily grown since a low in 2002 and in 2013 pre-tax profits jumped from £3.8m to £6.1m. Factory tours are booked up until 2016. Scottish artists regularly incorporate the Tunnock’s brand into their work and, with her scratchy red illustrations of Teacakes and Caramel Wafers, designer Gillian Kyle has created a popular sub-genre of slightly more upmarket Scottish tourist tat.  By largely ignoring temporary whims and fads, the Tunnock's has become more icon than brand, making it the real winner of the Commonwealth Games.