What Brands Need to Know About the Future of U.S Entrepreneurship

Leo Burnett gets into the underbelly of the sharing economy 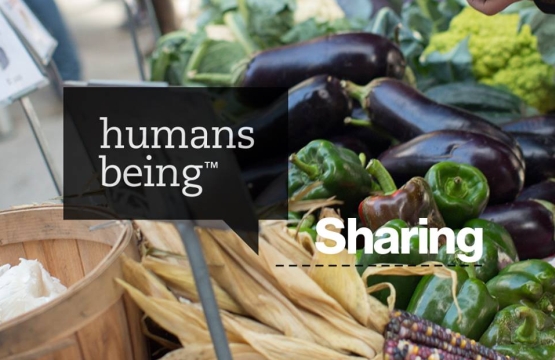 A new study by global advertising agency Leo Burnett, "The Sharing Economy: Where We Go From Here," reveals the surprising and unspoken realities of the sharing economy in America and what's truly happening in it. The research provides insights into how people perceive, and participate in, the sharing economy.

"The sharing economy is taking on a life of its own, but it is much more nuanced than we realized," said Chief Strategy Officer Mick McCabe, Leo Burnett USA. "Our research reveals the psychology and the behaviors of sharers that can help guide brands including why people share and why they do not."

Sharing has more texture than what's largely reported in the media. People are chiefly motivated by practical needs, convenience and the ability to save or make money. A nominal 35 percent of people are primarily motivated to share by altruism, community and the environment.

Psychology of Sharing The shift from ownership to access might characterize the sharing economy. However, 52 percent of Americans think people would rather own than share if they could afford to own. Data suggests that in the United States, the shift to access will be more selective and gradual.

Americans have been reluctant to participate in the sharing economy. To date, the barriers to sharing have often outweighed the motivations that drive people to engage in sharing activities. When Americans share, they have splintered motives, often as personal as they are for the collective good. While most people think helping the less fortunate (53%) is a good reason to share, they are almost as motivated by convenience and practicality (28%) and saving or making money (28%) as they are from connectivity (22%) and adesire to own less (15%).

The study discovered what's holding people back from participating include the following:

"Consumers look at sharing activities and brands separately rather than as of part of a unified 'sharing economy,'" said McCabe. "You could argue that it doesn't even exist. Brands trying to lump together sharing behavior and market to this phenomenon will get it wrong."

The Leo Burnett research identified that the "sharing economy" is actually eight separate economies. Read the full research report, "The Sharing Economy: Where We Go From Here" to explore the economies, people who share and other findings.

People of the Sharing Economy Some of the most talked about sharing brands aren't yet on the radar of most Americans. Only one in 20 Americans have participated with the darlings of the sharing economy such as Airbnb, Uber and Zipcar. According to the findings, only a third of the country has ever heard of Airbnb. A staggering 41 percent of Americans said the sharing economy played no role in their life during the past year.

Despite slow adoption, the estimated $110 billion sharing economy has taken hold with more than 80 million adult participants in the U.S. peer-to-peer marketplace. The Leo Burnett research found that nearly 70 percent of Americans think they will share in the coming year and most will share more than they have in the past.

Conventional wisdom might suggest that the people in the sharing economy are young and urban, but the research fully disproves that myth. The data shows that urban millennials lead the way adopting cutting edge sharing brands like TaskRabbit, but older, less urban Americans share just as heavily through more traditional sharing channels.

To better understand the participants in the emerging sharing economy, brands should look at the psychological profile that motivates their behavior. Six different types of sharers provide a first-ever look into the economy's segmentation. Sharers include the following:

What It All Means "Sharing represents a new chapter of American entrepreneurship," said McCabe. "The implication is two fold. Traditional companies need to acknowledge this new engine of disruption and determine what it means for them in their categories. And employment is changing. People treat jobs like a smorgasbord, heaping different things on their plates in search of complete satisfaction and fulfillment."

Companies need to understand the psychology of sharers and lure of ownership in American culture. People desire a sense of pride and emotional well being that comes with ownership. Access works well for products such as movies or ride sharing, where the concept of access through rental has been well established. Where it may have more difficulty gaining broad traction is with products where ownership is entrenched and valued.

The risk equation needs to reset and rebalance. For some, the x-factor that comes with renting or sharing is part of the appeal. For most others, it is a deterrent. Technology will need to overcome the barriers around risk, like identity theft and losing money, to successfully engage a community.

"Most people are unwitting participants in the sharing economy. They don't see themselves as part it just yet," said McCabe. "But we've just scratched the surface. The brands that go deeper and impassion their communities will find more and more people come into the fold."

Learn More About SharingFurther explore the sharing economy on Leo Burnett's Humans Being website. The "Sharing" edition is an exploration of human behavior as it relates to the cultural phenomenon of sharing. Meet the six types of sharers, learn about "Books on the L" book sharing initiative Leo Burnett implemented on Chicago's "L" trains and see surprising statistics about what people would share versus what they wouldn't. Share your thoughts about the sharing economy using #HumansBeing.

Founder of "Books on the Underground" Hollie Belton tells her story of creating a book-sharing phenomenon that has spread from London to New York to D.C. and now Chicago where "Books on the L" has taken off.

Methodology Part of the Humans Being Sharing initiative, "The Sharing Economy: Where We Go From Here" is a U.S.-based study designed to reveal the dynamics fueling the American sharing economy including a segmentation of the people participating in it and their sharing behaviors. The research is based on three quantitative surveys totaling 4,000 U.S. adults aged 18-69 fielded in July and September 2014.