What Are These Former NFL Greats Doing Post-retirement? 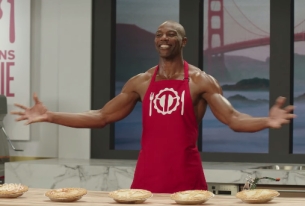 Retirement is never an easy play for most professional athletes, but for ones with an entrepreneurial spirit like Brett Favre, Terrell Owens, Larry Allen, Franco Harris and Emmitt Smith it’s as exciting as their days on the gridiron. That’s the message behind web development platform Wix.com’s first-ever Super Bowl ad, created and produced by the recently-launched hybrid Committee LA.

The San Francisco-based creative team of Jeff Huggins and Andrea Janetos partnered with Committee LA founders directors Frank Samuel, Jeff Reed and Executive Producer Lauren Bayer on the :30 ad entitled “Wix Entrepreneurs.” The spot will appear during the fourth-quarter of Super Bowl XLIX on NBC February 1. Teaser ads featuring Owens and Smith debuted earlier this month on Wix’s YouTube channel, with more to come leading up to the big game.

The :30 ad opens with Favre meeting with his agent (played by actor Rex Lee, best known as Lloyd, the long-suffering assistant to agent Ari Gold on HBO’s Entourage) to discuss his next career move. After Rex suggests he start a new business, we cut to a hilarious montage of new businesses founded by fellow former NFL-ers, including Smith’s Double Deuce nightclub, where he shows off the dance moves that won him first-place on “Dancing With The Stars,” and Owen’s ironically-named Humble Pie Bakery, among others. The spot ends with Favre launching Favre & Carve, a gourmet charcuterie (specializing in Cajun sausage, cured meats, and Wisconsin cheeses).

“Because Jeff, Lauren and I have long creative relationship this project came together in away that it might not have if we were working in a more traditional agency/production company role,” Samuel said. “Wix was looking for a creative idea and a unified production/creative team built specifically to deliver that idea – not an office full of account executives and cost consultants.”