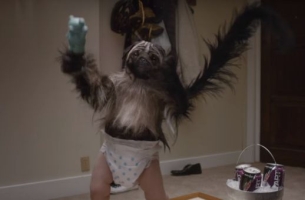 Between Christopher Walken’s pizzazz, Heinz’s pack of wieners, Drake’s Restricted Bling and Mtn Dew’s weirdly cute Puppymonkeybaby, Super Bowl 50 had much to offer in the way of the weird and wonderful. But how do you stand out in such a celeb-heavy crowd of kookiness? LBB’s Addison Capper caught up with folk from DAVID Miami, Cut+Run, FCB Chicago, DDB Chicago, iris New York, Lucky 21 and Community Films to find out.

"My favourite ads are from Audi, T-Mobile and Doritos. I thought the Audi ‘Commander’ spot was just beautiful and well-done, and having Drake for the T-Mobile ad was the best use of celebrity because the message fits the song and the brand promise. I also thought the Doritos ‘Ultrasound’ spot was funny and very ‘Doritos’. However, I don't think this was a particularly great year for Super Bowl ads. There was no instant iconic commercial that resembled ads like Budweiser's classic ‘Frogs’ or ‘Whazzup’ spots, and no Coca-Cola ‘Mean Joe Green’ or Apple's ‘1984’. There was an excessive and random use of celebrities, especially ones that have nothing to do with that particular product or service.

"Overall, I think that the ads this year were great nonetheless! But the thing I keep asking myself is why can't us ad people have this much fun creating ads every single day? We shouldn't have to wait an entire year for the Super Bowl to do a ‘Super Bowl ad’. We should have this much fun and enthusiasm for every spot we work on!"

“This year’s collection of Super Bowl spots was an interesting mixture of mood and tone, and it seems there is a transition as advertisers try to figure out what timbre resonates with audiences.

"Following failed attempts at the serious in last year’s game, there is diminished competition for big laughs in favour of searching for content that makes a mark in other ways…though based on the USA today poll it seems humour of some form continues to dominate the ratings. And agencies keep finding ways to redress dogs and make them fresh time and time again.

"The most interesting trend, kicked off with VW’s Vader spot a few years back, is the early release of longer versions of commercials that seed viewers’ minds and affect their perception of the Big Game premieres. I can’t say I’m a fan of the early release, though when nearly everyone is doing it the advertisers who don’t get on the bandwagon lose popular vote. I miss the days when every spot was a surprise and viewers from all walks of life (not just advertising) held fast in baited anticipation of what spot was gonna blow them away next. Seeing them ahead of time takes away the magic of the one day in the year when people genuinely tune in to the entertainment of advertising’s best of the best.

"That said, as the search for the right mood continues, the field of spots was by and large pretty lacklustre. There was no Super Bowl Hall of Fame ad this year, which is a shame. We continue to wait for another Mean Joe Green and 1984. Still nothing compares."

"There is one thing clear from this year’s Super Bowl spots: there was a lot of fun had, as it should be. And also a lot of pharma ads joining the party.

"One of the more notable moments for me was the Scott Baio cameo from Avocados, because, well, Scott Baio. That’s followed by the singing sheep from Honda, wiener dogs dressed as wieners thanks to Heinz, and I still can’t get over Kia’s Walken Closet. It almost didn’t even matter what actually happened in the spot. They had me at Walken Closet.

"While the Super Bowl is historically dominated by humour, this year’s vibe seemed to be even more light-hearted than most with brands like Budweiser going with more of a lifestyle play versus the heartstring pull.

"Which is why I think the spots that did skew a bit more dramatic, like the Jeep Portraits ad, managed to stand out from the crowd."

"First, the newbies: A handful of digital innovators and potential disruptors had a big opportunity to make a big first impression. They’ve meticulously crafted a product to stand out and be different, but most forgot to tell their story and instead substituted bad humour or disconnected messages.

"On the other hand, Super Bowl veterans in automotive, beverage and CPG [consumer packaged goods] had an overall solid night with a handful of standouts through smart humour or equally smart and beautiful pieces of film."

Tom Ryan, director, Lucky 21 (and tabletop & food director on the Jack In The Box #Declarationofdelicious campaign)

"Not blending in is the ultimate hallmark of advertising, especially during the Super Bowl. It’s the one time of year when people who work outside of advertising pay attention to commercials and critique them like their favourite shows or movies. Needless to say, that’s a big part of why it is an honour to contribute to a Super Bowl spot.

"Throughout the year we work hard, head down in the creative process, thinking about doing the best for the project and the brand. In my case, does the food create a craving and does the environment propel your plans for the next meal? On Super Bowl Sunday, the details are there for millions to see. They are part of the event."

"Every year after the Super Bowl I hear the same thing: “The spots weren’t as good as last year.” I hear it from friends, industry trade magazines, my parents, colleagues, etc.

"At the end of 2015, Community Films found out that it was producing a Super Bowl Spot with Pam Thomas directing for Grey New York and Pantene. We were excited, of course.

"After wrapping physical production on the campaign, it started to become clear that the spot was not going to run during the Super Bowl. Was it the buy in? Not the right placement? We don’t know. There was disappointment on our part at first, but then something happened.

"The spot, titled ‘Strong Is Beautiful’, started its run on YouTube, social media and television. It was embraced by media both old and new. The commercial was still celebrated as a Super Bowl spot even though it was not running during the game.

"With the advent of digital forums where spots run well over the traditional :30, and with the roll out of spots a week or more before the Super Bowl, what is the role of the Big Game? It brings viewers, but maybe it is organising those viewers in a way no one intended. They don’t have to see the ad during the game for the commercial to make an impact. Instead, maybe it’s possible for advertisers’ content to be arranged around the Super Bowl. Game time is like a magnet organising iron filings around it. We still gather around as viewers to watch – but it does not have to be a media buy during game time.

"These shared events still have a major connection with viewers. It might be time to see that they make measurable impact not from pre-game/red carpet to wrap-up but as a shared experience that radiates from a common centre."