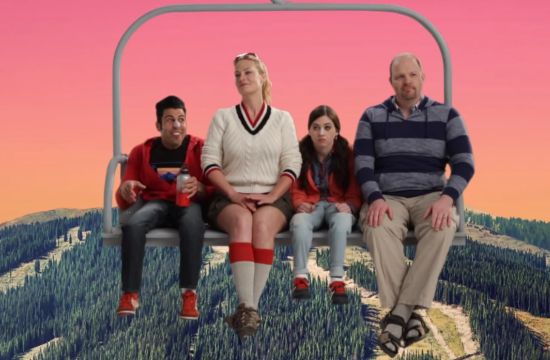 All three decidedly low-tech spots focus on the banter between four family members – a laid-back Dad, a lusty Mom, a geeky son, and an annoyed daughter – as they ride a Copper Mountain chair lift. “Events” playfully reveals summer resort happenings appropriate to all members of the family, together with some risqué suggestions from the son. “Golf Triathlon” sees the father describing a triathlon that includes rounds of putt-putt, Frisbee, and traditional golf to his less-than-patient kids. Finally, “Woodward” has the mother misinterpreting her kids’ description of indoor summer ski jump training. By leveraging the chairlift concept used in the winter spots of 2012, Wexley continued the brand momentum for Copper, while moving the focus back to on-mountain family interactions that, for better or worse, create unforgettable memories.

“We’re really excited to keep this campaign going,” said Wexley CEO Cal McAllister, who also served as Executive Creative Director and wrote the spots. “There is a crazy dynamic when you’re trapped on a chairlift with family and there’s nowhere to go. Some of the more memorable moments happen on the way up, not just the way down, and we tried to capture that.”

“When we decided to create new spots for our summer campaign, it was an easy decision to build on to the success of the current winter ads,” says Dwight Eppinger, Senior Marketing Manager at Copper Mountain Resort. “We love the family dynamic and visual style that Wexley created and really feel that it helps Copper Mountain stand out in a crowded marketplace.”

“Golf Triathlon” will begin airing on June 24, 2013, with “Events” and “Woodward” airing later in the summer on an as-yet-undetermined date.