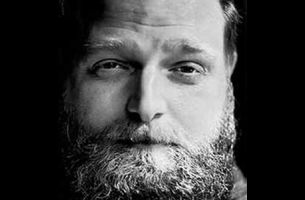 “I think what I want the jury to do is really look at the category and define what they want to see in it, so to have a really personal vision of what is good or bad work within this category.”

Being asked to judge at Cannes Lions is a rare privilege. Rarer still is being asked to define and pioneer a brand new category – to set the standards for years to come. That honour and responsibility rests on the shoulder of MediaMonks’ Wesley Ter Haar and his 14 fellow jurors who will be judging the inaugural Digital Craft Lion.

From Wesley’s point of view this new category has been a long time coming. “Why do I think the category is overdue? I think when an idea is badly executed in digital it’s the user experience that usually disappoints, and that trumps anything else when it comes to ideas. So we’ve seen digital craft being discussed as part of Cyber but it was very niche. I think what we’re saying is that great digital work is mostly due to craft and that has an impact on user experience.”

He also hopes that it will put digital production on an equal footing with film. “It can be difficult to clearly articulate what the difference is between good and great craft in the digital space, whereas with film it’s easier to have that discussion. Part of it is just about having a parity with film.”

The introduction of the category feels particularly timely, given the certain influx of virtual reality-related entries that this year’s festival is sure to see. For Wesley and the Digital Craft jurors, they’ll be able to dig down into the nuts and bolts of VR, how it’s crafted and how it works.

According to Wesley, the category also coincides with an increasing acceptance of design standards and theory in the digital space which he thinks has been lacking until recently.

“It’s an interesting one because a lot of people who went into digital were maybe pushing against some of the more traditional schooling,” he says. “What you often see in this space is that there is a lack of great knowledge of things like typography, colour theory, the key elements that are so day-to-day when you have the full background.

“What we’re seeing at the moment, and hopefully that will be the work that we’re awarding, is work that is very cognisant of what has happened before. We are not reinventing everything but we are pushing and at the same time creating work that is specific for the digital space. I find the work that Google is doing super interesting, for example, taking theory and well known pillars of design and trying to formulate those for the digital space. It’s something that hasn’t been done well before so to see Google and Apple work on that whole theory is super interesting. Also there’s a degree of catch up that we’re playing in digital; a lot of it has been done off-the-cuff or on the fly and only now that it’s become such a key driver for many businesses it’s getting a bit more formalised, which is a very good thing to see.”

Some of these standards are also emerging thanks to the user feedback and behavioural data unique to the digital space, and so poor or ineffective practices get filtered out.

One thing’s certain, Wesley is taking his responsibility seriously. He’s mindful of the pernicious influence of groupthink and he’s keen for the jury to stay true to their own standards and to have faith in their own perspective. And in the end he’s excited to see the bold creative campaigns alongside the more specialist craft work. “I hope we will see the most amazing campaign work and we’ll probably see winners that win across categories also win in digital craft. I also hope we’ll see some work that isn’t winning or being submitted in other categories, some really niche digital craft. That mixture is what I’m hoping to see.”