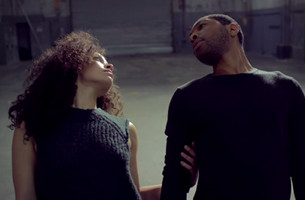 Morgan’s sensual film slips between two worlds to explore splendor and intimacy through flight and dance. The film features choreography and a performance by Kyle Abraham, once described as “the best and brightest creative talent to emerge in New York City in the age of Obama.” Together, Morgan and Abraham worked to reflect the influences and textures of the collection in the emotional landscape of the film.

The soundtrack for Morgan’s piece comprises “Ocean Picture” by Big Noble, the new collaboration between Daniel Kessler of the band Interpol and sound designer/musician Joseph Fraioli, and the soulful ballad “The Rain” by k-os.