We Will Rise: A Visual Journey of India’s Time in Lockdown

When 1.3 billion residents went into lockdown, a crew of 117 took to the streets to document an eerie nation like it's never been seen before, writes LBB’s Natasha Patel 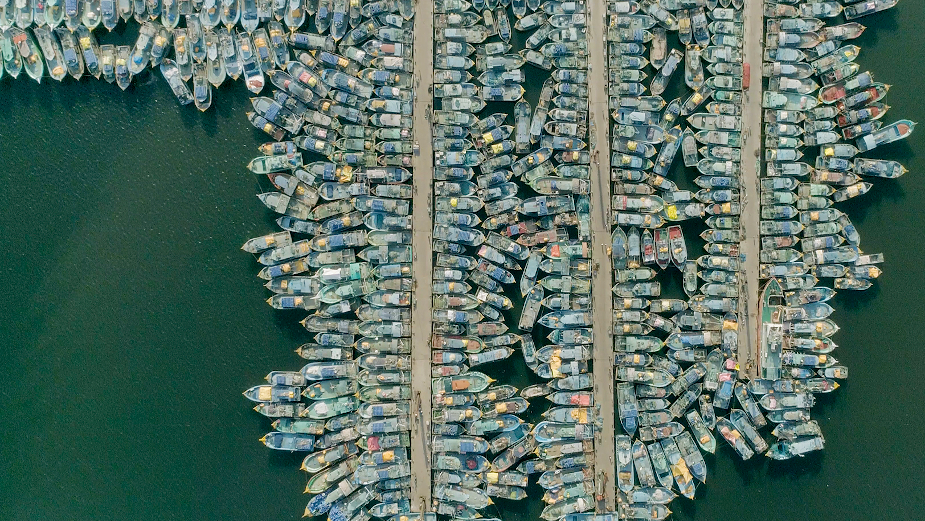 When India locked down at the end of March, one billion plus residents took to their houses leaving a nation normally so full of noise and vibrancy in silence. On March 25, just one day into the lockdown, Indian director Bharatbala decided to start on a project to document this unprecedented time in the history of independent India.

The result is Uthenge Hum: a commemoration of the Indian lockdown and a record of the collective human experience of the world’s most populous democracy. Posted on social media with #neverforget the clip shows some of India’s most famous landmarks as they’ve never seen before. From Delhi’s railway station, Chennai’s Chidambaram cricket stadium and the normally busy shores of Lake Dal in Kashmir each were deserted and hushed.

The 117 strong crew were deployed in different parts of the country and made it their mission to create a piece that represents all they love about their country from nature to sport. The team were split into 15 film crews and focused on 14 states to capture this time in human history. A master control room was set up in Mumbai, with a team working round the clock, coordinating with all the crews from across the country.

Director Bharatbala would direct the on-ground crews live and shots and frames would be confirmed via video call or WhatsApp video. Technology played a key role in this nationwide project brought to life through remote filming with the team crediting the local and national authorities for providing them with access to locations. Uthenge Hum translates into ‘we will rise’ and with the piece created as a memory of this time for future generations to come, it is bound to bond the nation together.

Director Bharatbala spoke to LBB’s Natasha Patel about his experience making this short film and where he found inspiration.

LBB> What inspired this piece?

Bharatbala > The origin is very simple. When something unprecedented like this unfolded in India, as a creative person/filmmaker I couldn’t sit silent. I wanted to document this time that 1.3 billion people were experiencing for the first time. When people are locked inside their homes, how do they know what is going on outside? I wanted to capture this collective experience and emotion, so that we have it in our memory for generations to come.

We need to be able to look back at this journey of pain that 1.3 billion people have gone through in the last nine weeks so that when we move ahead we make the right choices. And so that we move forward and move together. Uthenge Hum is the collective will of people to rise together.

Only when you travel can you feel the pain of humanity and the healing of the environment and nature. Something that got deeply embedded in my mind was that nature has enough oxygen to fill the lungs of 1.3 billion people. We, in an urban lifestyle, have suffocated ourselves and allowed the pandemic to spread disproportionately.

The contrast of Dharavi, and next to it a beautiful nature shot is shocking. When we have so much space and beauty, why are we depriving humanity and making them suffer? It is a decisive moment for us all to stop, think and then move forward. This is an opportunity that we need to take.

LBB> What production restrictions were there? How did you overcome these?

Bharatbala> We needed to identify crew who would have mobility within that region. In Uttar Pradesh, for instance, we had a crew in Lucknow and another in Varanasi because even inter-district travel was not permitted. But we got unprecedented access to film in these places. Typically, when you shoot a film, you'll have a location manager, you'll know from whom you have to get permissions, etc., but we had to surpass all of that in this situation. We had to get permission from top-level authorities. It was a challenge. But when the intent is so pure and you keep knocking at the doors, the doors do open. Sometimes I would take the permission letter I received from one state government to persuade another government to give it.


LBB> How did you get permission to shoot places such as the Chennai stadium?

Bharatbala> It was definitely challenging, but it was also really heart-warming to see how the government of India, local and state authorities understood the importance of the project and came forward to give us unprecedented access.


LBB> How did you work out the logistics of this piece with people in different locations?

Bharatbala> A master control room was set up in Mumbai, with a team working round the clock, coordinating with all the crews from across the country. The on-ground crews would be directed live and shots would be confirmed on video call or WhatsApp video. Technology played a key role in this nationwide project brought to life through remote filming.


LBB> Aside from production obstacles, were there any other challenges along the way for you and the team?

Bharat> Every aspect of this journey of documenting India in the time of corona was a challenge. It began with an impossible vision. It was technology that kept us going, and the enthusiasm and support of everyone involved.

I want to talk about my own warriors. While the teams on the ground were taking care of everyday things, I had my own crew, who were my own warriors. And one can never forget the tragedy of these times, especially when a cinematographer who was locked down in Mumbai faced a personal loss - the passing away of his father, in Trivandrum. He locked himself in a room, and watched the last rites being performed on Skype. The following day he was out on the streets like a warrior, to film. This is very difficult to express in words, when I see these emotions around me.

I had another team member who travelled all the way from Bangalore to Pune, to be there and see his mother one last time. Knowing that this production was in place, he drove back to Bangalore the following morning to be there to film.

Uthenge Hum had already started, within our team. People were rising beyond their own personal suffering to stand together for something bigger.

LBB> What message do you hope Uthenge Hum sends out?

Bharatbala> Uthenge Hum is the voice of a mother, whose feet are on ground. A mother who, through all her pain, is willing to stand in order to protect her family. Uthenge Hum is that mother’s will to survive, stand strong, and never give up. Civilians are the new warriors. We have to take our own lives in our own hands, and act responsibly for ourselves and the people around us.

As we witness the silent suffering and this visible crisis that we are all facing irrespective of whether we are rich, poor, from north or south we have to rise above our boundaries and come together as one.  As we witness this time, it is with faith and with our families beside us that we will come through.

LBB> There have been reports about the high levels of smog in the country drastically reducing due to the lack of air pollution, did the clarity of the images surprise you?

Bharatbala> Nature has seen a massive resurgence during the lockdown and this was the case not only in the air but also in the water. I was amazed at some of the crystal clear imagery thanks to the clean air. Nature is perhaps the silver lining of this time.


LBB> On a personal level, which shots were your favourite?

Bharatbala> The contrasts have really stuck out to me. While filming across India, I got to see striking visual contrasts between places like Spiti Valley...the pristine nature or the clean Ganges with huge expanses of greenery. And with this, I also filmed in places like Dharavi and other crowded spaces.

It hit hard that we as a society have cramped ourselves in these tiny spaces in cities where there is almost no oxygen, and no space. This is what has led to the virus spreading across the urban spaces so fast. When we look at a new life beyond corona, we need to make the right, responsible choices. We need to rethink some of our choices and take a good hard look at our current lifestyle.