“We Should be Hired Because We're Fucking Talented.” 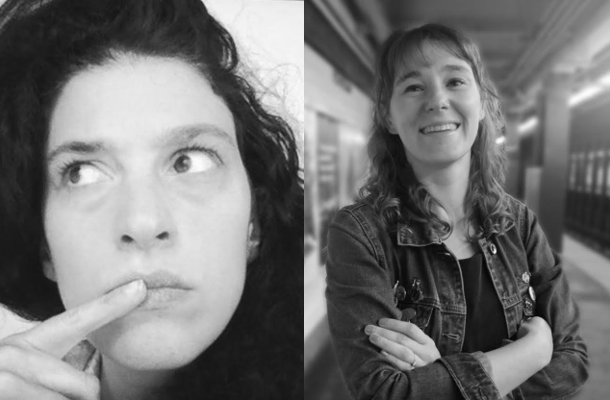 When it comes to hiring and promoting female creative talent there’s still a huge imbalance across the ad industry – and often agency leaders hide behind the excuse that they don’t know where to look. Well, there are no more excuses thanks to an initiative called inVisible Creatives, which was founded six months ago to make it easier than ever to find top notch female talent.

inVisible Creatives is, at its core, a database of global creative female talent, aiming to change the fact that women make up only 11% of all ad agency creative directors. It was founded by Maddy Kramer, a senior art director at Saatchi & Saatchi NY, and Laura Visco, a creative director at 72andSunny Amsterdam.

Upon launching in September of last year, Maddy and Laura were hit with over 150 portfolio submissions within the first week, including books from Qatar, Serbia and Chile. With the launch of the new website, female creatives from all across the globe will be able to create their own profiles. A new search function allows users - such as advertising agencies and their recruiters - to search the database by name, role, country and employment status, making it easier to be found. The new site was developed by Javier Bianchi.

At present, inVisible Creatives holds 700 portfolios from 37 different countries and gets around 3,000 views every month. What's more, companies such as Google, Netflix, Lego, Droga5, Saatchi & Saatchi, McCann, Working Not Working, Facebook, and several others, have pledged to use it as a tool when they are looking to hire new candidates. Given the initiative's foundations as an open source spreadsheet, the speed at which it's evolved is wholly positive for the ad industry.

Maddy and Laura launched inVisible Creatives after discussing the female-focused initiatives that already existed in the advertising world. "We felt that there was something missing," Laura says. "Something that makes the process of finding female talent a lot easier. There are many talks and initiatives but they are all pretty much the same. They all talk about what the problem is. And I think that's great because there's so much awareness, but I think we are past the awareness stage now. We need to get more into action.

"The whole thing is about making women more visible," Laura adds. "Further than looking into the credits of work that you like to see if women are involved, this is putting them and their portfolios in the spotlight. I think that's key to changing the narrative that women aren't creative. If you only talk about gender, we're not solving the problem. We need to talk about work, we need to talk about talent, we need to talk about the amazing things that talent is doing. That's the only way to create real change."

They were also inspired by initiatives such as Free The Bid , the online database of females working in commercial production, and Where Are The Boss Ladies? , a similar set-up with female execs working in advertising. Laura was humbled to see their counterparts share and support the inVisible Creatives cause. Other support upon launch came from Cindy Gallop, a titan voice when it comes to gender equality in business.

Laura is also keen to point out her male counterparts that always had the right intentions with regards to female talent, but struggled to know where to look to hire. “There were so many chief creative officers and executive creative directors trying to do the right thing,” she says.

Another new aspect of the inVisible Creatives website is the curation of a ‘portfolio of the month’. Laura and Maddy are enlisting chief creative officers and executive creative directors to choose their favourite and explain why they’ve chosen them. It’s this focus on the work - rather than just the people - that’s particularly important for Laura.

“We're actually exposing female talent to people who can make decisions,” she says. “We don't want to fuel the narrative that we should be hired because we're women.

“We should be hired because we're fucking talented.”