We Need to Talk About Investing (In Ourselves) 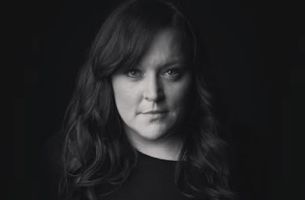 I’ve always been somewhat of a ‘geek’ in this industry.
I’ve lived and breathed the business from day one.
I studied the craft and learned the rules before I ever attempted to break them.
I got into this business because I truly believed in it and wanted to be part of something bigger.

I also realised a long time ago that my career was exactly that - MY career. And if the goals I had set for myself had any chance of coming to fruition, I couldn’t just rely on the agency or boss I was working for at the time. I had to invest in myself. This meant simple things like, reading industry blogs and articles daily, taking Second City courses to better my ability to think on my feet and present with confidence, or putting myself on a weekly reading schedule to better understand marketing from a business perspective (you know, client speak).

I’ve always believed in the power of investing in yourself.
I just didn’t realise this wasn’t a common phenomenon.

Mid-way through Cannes Lions, I was socialising on Google Beach when I ran into an acquaintance – a senior creative herself, she was accompanied by two juniors from her agency. After a quick catch up, I mentioned I was attending the festival on my own ‘bill’ this year (lord knows I wasn’t the only one). What followed was the GASP! heard round the world.

“Like hell! My agency sent me. And that’s how it should be.”
“Don’t you have better things to spend your money on than this?!”
“God, I don’t care enough about this job to come here on my own.”

The comments flew at me, she simply couldn’t fathom the idea of sending herself to Cannes. If I understood correctly, “That was her agency’s job!”

What bothered me most about these snide remarks wasn’t so much what was said, but rather the fact that they were performed in front of two impressionable young juniors. That really got to me.

As seniors in the business, it’s our job to set a precedent, to be role models and leaders. This stems from the everyday interactions in the office, to the lead-by-example behaviour we should conduct ourselves with, on and off the court.

I’ve attended the Cannes Lions Festival of Creativity for the last eight years. Some of those times I’ve been lucky enough to have been ‘sent’ by the agency, while other times I’ve made the decision to ‘send myself’. I’m not a high level executive. I’ve yet to win a Cannes Titanium. And I’m not rich. I’ve just always believed in the power of self-investment.

By no means am I suggesting a full-blown week in Cannes on your own dime is the only way to go. There are plenty of other festivals, award shows, and workshops one can attend. Even taking a new course or reading a few books to better acquaint yourself with a topic helps. These (simple) things can mean all the difference when it comes to setting yourself apart.

I do know that entitlement has no place in this business.

Wanting something and working for it on your own does not make you any less worthy or successful as a creative.

So go ahead, invest in yourself. Care about your career. Make things happen for yourself. Just don’t sit around waiting for someone else to do it for you.