Born in Kyrgzstan and raised in London, Narghi has helmed commercials in twelve different languages, including Thai, Japanese, Mandarin, Arabic and French 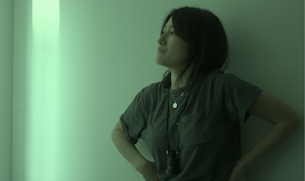 Global production company We Fly Coach has signed London-based director Narghi Dotieva for global representation. Narghi began her career in broadcast news, shooting and producing news reports and documentaries for BBC World Service in Asia. By shooting real stories with hard-hitting subjects, she garnered a distinct approach to shooting with real people in real situations. Her creative flair for capturing genuine performances led to commercial work, where her eye for beauty and authenticity has been seen in spots for such top clients as Dove, Unilever and Lux.

Born in Kyrgzstan and raised in London, Narghi is a director whose early passion for stories led her to a degree in filmmaking. Shortly after earning her degree, she went on to explore the heights of the Kyrgz mountains, working for news networks, such as BBC World Service on short reports and docs in Central Asia. Her ability to capture authentic storylines and performances soon led to commercial work, where she quickly carved a niche for work that combines warmth, beauty and authenticity. Her talents have taken her around the world, where she has helmed commercials in twelve different languages, including Thai, Japanese, Mandarin, Arabic and French.

"When I saw Narghi's recent work for Dove, I was drawn to her ability to combine beauty with warmth and authenticity. Her experience shooting real stories with hard-hitting subjects has really given her a unique approach to shooting with real people,” notes We Fly Coach Partner and Executive Producer Elizabeth Benson. “Narghi's global experience makes her a good fit for us. We are often shooting campaigns for brands and agencies throughout Europe and Asia, so it’s great that she has directed commercials in twelve different languages, including Thai, Japanese, Mandarin, Arabic, and French.”

“I always try to find something honest, and be truthful to the people I’m shooting, which I believe in turn helps me capture authentic reactions,” adds Narghi. “We Fly Coach represents a broad range of directors from all over, with a real global feel and I’m looking forward to bringing my unique style to their roster.”