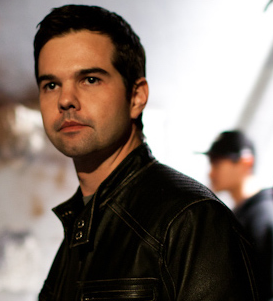 Click here to view a reel of Perry’s work.

“Marcus brings a decade of experience creating high-end content and branded promos for some of the top Motion Picture Studios and Brands. His versatility to direct A-list stars while working with a nimble crew and still delivering high-end content is something I was really drawn to. He really thinks as a viral content creator, and that's exactly the kind of director we love having on our roster.” notes We Fly Coach Partner and Executive Producer Elizabeth Benson.

“I've been fortunate to work in film for a long time, creating content to support some of the biggest blockbusters out there. I love bringing that big screen approach to commercials, and creating stories for brands that have a really human and universal appeal” adds Perry. “We Fly Coach approaches content the same way I do.  In this changing industry, you have to stay lean, but still deliver polished results. They embrace creative challenges, they don't run from them.  And I love their work.”

A Key Art, Golden Trailer, and Clio Award-winning director, Perry brings a cinematic eye to his high-concept, character-driven work for entertainment titles and brands alike. His work has been spotlighted in AdWeek, Entertainment Weekly and People, as well as being aired during Good Morning America and the Super Bowl. In addition to advertising, Perry has written films for top entertainment studios, and he is also the creator of the Image Comics series "Descendant," and "Albert Einstein: Time Mason" for Action Lab Comics.