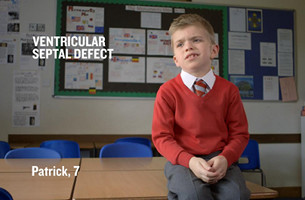 There are currently 7 million people in the UK living with heart and circulatory disease. DLKW Lowe, together with activation agency Lowe Open are supporting their client the British Heart Foundation (BHF) in their Wear it. Beat. it. fundraising campaign.

On Friday 6 February, as part of Heart Month, the BHF is asking people in workplaces, schools and at home to join the fight for every heartbeat. They’re encouraging people across the nation to show their support by doing two things: wear red and make a donation, and secondly, organise a red-themed Wear it. Beat it. event to raise funds for life saving research.

The integrated campaign features the TVC ‘conditions’, OOH and online campaign content including a series of online films. The touching and poignant TVC, ‘conditions’, filmed by the agency’s in-house video production company MAKE, features a series of children with heart conditions shot on location in a school. The children are captured struggling to say their tongue-twisting conditions such as Aortic Regurgitation and Ventricular Septal Defect, proving ‘It‘s hard to say, but even harder to live with.’

Lowe Open, working in an integrated team with DLKW Lowe, is activating Wear it. Beat it. with an awareness, acquisition and stewardship campaign, using DM and eDM. Plus, people signing up to host an event receive a Fundraising Kit full of inspiration and practical help. Kits can be posted or downloaded, and include red-themed fundraising ideas, save-the-date and sweepstake posters, recipe card, and pop-out red bow ties & moustaches, so everyone around them can take part. 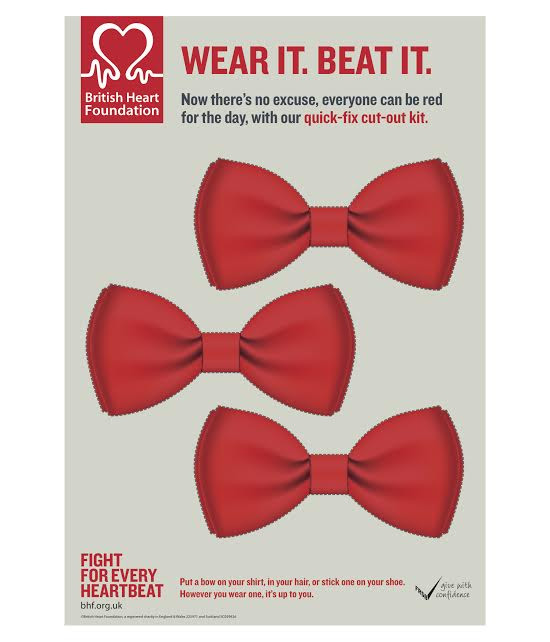 The BHF is the UK’s number one heart charity. For over 50 years it has pioneered research that’s transformed the lives of people living with heart and circulatory disease. It has played a pivotal role in the discoveries of vital treatments helping those affected to live longer, healthier lives.