We Call It Gelato and Pancetta, Not Ice Cream and Bacon 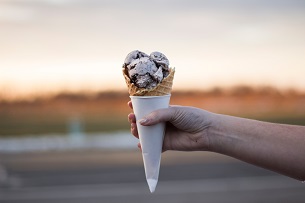 With the majority of advertising in Italy hailing from an international client base, it’s an extremely challenging market for independent agencies.But, then again, it’s also an incredibly interesting one. With such competition from global network agencies, the independents in Italy have been forced to forge uber-creative models to compete with their network neighbours.
It’s no secret that Italy is famous for a legacy of artists, fashion designers, architects, illustrators and more. Some feel that these creative streams draw the best Italian talent away from advertising but speaking to the founders of independent agencies it seems that Italy’s artistic legacy adds more levels to the agency offering.
Wanting to know more about the possibilities of Italy’s independents and how they are positioned in the market, LBB’s Phoebe Siggins speaks to some of the leading agency founders and independent agency association, thenetworkone.
According to Julian Boulding, Founder and President of independent agency association, thenetworkone, Italy, in general, is undervalued and has moved more slowly than other neighbouring European countries like Spain. “It has long been true of the whole advertising and communications industry in Italy - network and independents alike. There have been shining exceptions, like Lorenzo Marini, who has carried a beacon for creativity for many years, and often been voted agency of the year - but they are few. The lack of talent has commoditized the traditional ad business, making it hard to make money unless your agency is both small and agile, or else propped up by a network that makes its money in other countries.”
Although seeing the positives in this, Julian continues, “As advertising fragments into different specialisms and coalesces back into new forms, the mix of talent in the creative industry might somehow get applied to our business. DUDE is a prime example: film directors creating theatrical experiences for fashion brands which go viral on social media, and not a single corrupt media dollar in sight. Now that’s interesting.”
Film Directed by Lorenzo Del Bianco
Asking what CEO and Founder of DUDE, Lorenzo Del Bianco, thinks of the opportunities for independent agencies, he agrees that the competition with network agencies is a big challenge but he is also positive about what this can afford: “In terms of the market I guess there are no specific benefits in being independent here. Indeed, it’s harder. Nowadays, there are just a few big clients who have headquarters in Italy. It’s more challenging but we love it so much. To win pitches you have to have just one secret weapon: being outstanding. Always. But if you compare agency life there’s no doubt that being independent is better – better for building relationships, better for committing to people and better for having a close proximity to your projects.”
Lorenzo is not only the founder of DUDE but also film director and his agency houses an entire production company within its walls. DUDE’s production outfit have been winning awards worldwide for their feature films and documentaries. A myriad of creative ventures seems to be a trend with the independent agencies. Lorenzo Marini, founder of the Lorenzo Marini Group is not only a CEO but a prolific writer and artist, about to launch his latest exhibition. 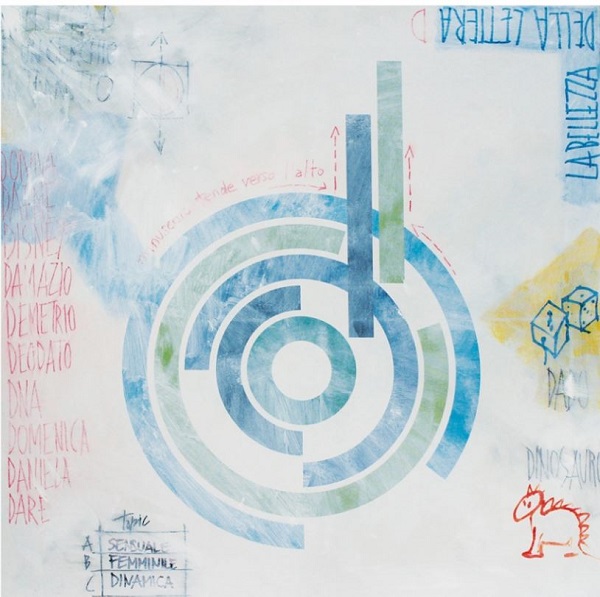 Lorenzo Marini - Typevisual D Mixed Media
Taking these thoughts to Lorenzo, he confirms the fact that Italy is mightily unbalanced when it comes to the agency client base but he also sees this as an opportunity for local agencies. “Local Italian brands tend to be family run businesses that want a personal touch. Independent agencies are perfectly placed to service and understand their business.”
Talking to Lorenzo Del Bianco, Lorenzo Marini and Paolo Torchetti (founder and creative of Italy’s first integrated communications agency Brand Portal) all three mention the fact that their agencies have no hierarchy or bureaucracy, removing silos and allowing clients to be closer to the creative decision making process.
“Independence allows for flexibility, agility and reaction speed in critical situations: strategies are defined quickly without any constraints from a superior decision makers that are surely part of a network,” says Paolo. “Independence also brings greater quality. We are not covered, there is no network behind us guaranteeing us work nor notoriety. We have to find a way to be selected by the market and this can only happen through the quality of our work. At Brand Portal we are not employees, rather we must all be entrepreneurs of ourselves.”
Determining the split of work between network and independents in Italy, however, is rather a grey area. Physically speaking, Paolo explains that the split between number of networks and number of indie agencies is about 50/50 but when it comes to the division of work Lorenzo Del Bianco feels the importance comes down to agency attitude. He explains, “It’s quite hard to say what the split is. I mean, networks have international agreements and prestigious names to string to their bow. Independents fit better to local clients’ needs and probably look cooler in this age. But the real split is between people and their ways of working. It doesn’t matter if you’re network or indie, if you line up better talents and you work harder, you win."
Talking to Lorenzo it seems that attitude is of paramount importance to indie Italians. “Choosing an agency is no different to choosing a restaurant. You don’t go to eat somewhere because of the size of the building but for the quality of the chef. The quality of creativity in Italy is artisanal and clients come to us because they want fine dining, not fast food! Having always been a leader in style, Italy is recognised as high quality. Countries around the world are adopting Italian terms for everything from ‘ice cream’ to ‘bacon’ – doesn’t ‘gelato’ and ‘pancetta’ add an element of luxury to what is essentially the same thing? Our only downfall when it comes to our advertising being recognised on a global stage is that as a nation we can be too focussed on beauty and execution, as opposed to character. We are full of contradictions.”