We Are Social Turns Tweets into Tunes for Evian #LetsPlay Campaign 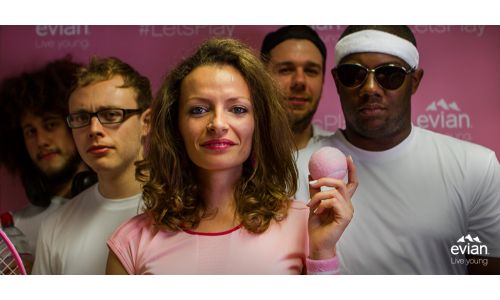 evian will turn tennis tweets into tunes in celebration of The Championships, Wimbledon this week.

The most playful ‘Live young’ messages sent to @evianwater from around the world will be turned into mini musical films and sent back into the social sphere via Twitter and Vine.

evian and We are Social have recruited acapella group Vive Vocals for the project, which will run from June 30th until July 4th, coinciding with the closing week of The Championships, Wimbledon.

Sophie Allard, evian senior brand manager said: “This fun, creative campaign taps into the tennis fever that has gripped social media and should be a great source of engagement for our social followers around the world.”

Amy Hambridge, account director at We Are Social said: “evian’s partnership with Wimbledon is  the brand’s biggest event in the calendar so we really wanted to create a fun, interactive campaign to build its success."

“#LetsPlay will encourage evian’s fans and the wider social media community to associate the brand with tennis and Wimbledon as the tournament takes place, driving tennis related conversation with an added personal touch.”