We Are Social for Jaguar 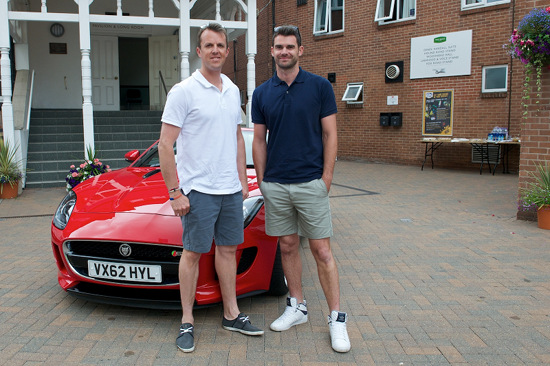 Jaguar UK is running ‘#Your Turn Britain’ this summer, a fully integrated socially-led campaign celebrating the best of modern Britain.

To mark the launch of the F-TYPE – Jaguar’s all-new two-seater sports car – which embodies Jaguar's representation of modern Britain, Your Turn Britain looks to inspire people across the country to share and celebrate the things they think make modern Britain great.

The campaign is brought together using the hashtag #YourTurnBritain, and spans Instagram, Twitter and Facebook. It also marks the launch of a new Tumblr channel for Jaguar UK, which will form a permanent part of its ongoing social media strategy.

To inspire participation, Jaguar UK enlisted leading names from the worlds of sport, music, design and film. These interviews, directed by BAFTA award winner Anthony Wonke, feature; actor Jamie Campbell-Bower, designer Alice Temperley, DJ MistaJam and England cricketers Graeme Swann and Jimmy Anderson, and provide an insight into each of their lives as modern Britons. Feel For Music were commissioned to create the soundtracks for all of the content produced. The video content has been teased across Jaguar’s social media channels, with a new film released every week throughout the campaign.

View some of the videos here: http://www.youtube.com/playlist?list=PL96v2LvVrUSM9E6mlKdkoUEmEerm2dUFh

#YourTurnBritain also has a competition element, with people being asked to upload their interpretation of what modern Britain means to them through Facebook, Twitter or Instagram. In addition to weekly prizes, those who submit entries will be entered into a draw to win one of four ‘money can’t buy’ F-TYPE lifestyle experiences. A teaser video has been released to launch the campaign to explain the competition mechanic and demonstrate some inspirational ideas of what modern British pride is all about.

A highly targeted creative content strategy brings the campaign to life. The new Jaguar UK Tumblr channel collates and showcases the different aspects of the campaign by pulling in and displaying content from multiple channels. 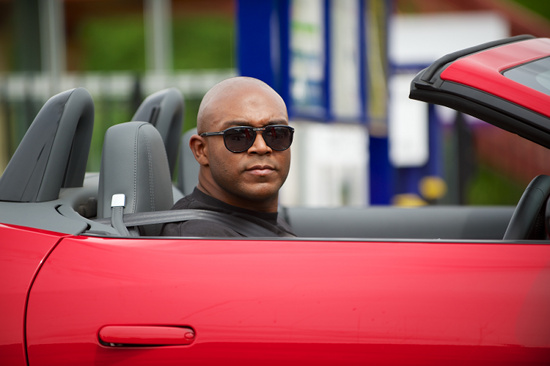 The campaign is also supported by over 40 online influencers from a variety of sectors, each bringing their own take on modern Britain to the campaign using their own social media channels.

In addition, on Friday, a select group of influential lifestyle bloggers took part in a modern Britain themed F-TYPE challenge on the streets of London to launch the campaign and bring the campaign message to life. Tasked with driving to different locations in the city in bespoke Union Flag livered F-TYPEs (complete with the #YourTurnBritain hashtag emblazoned on the sides), our selected influencers had to collect different items that represent modern Britain along a route designed to showcase a selection of modern British landmarks in the city.

A fully integrated campaign, Your Turn Britain has been incorporated in Jaguar’s above-the-line advertising – featuring user generated entry content, and also sees the Union Flag livered F-TYPEs take to the major cities of the UK, promoting the best of modern Britain message, and generating additional social engagement and interest in #YourTurnBritain, Jaguar and the F-TYPE.

Jaguar UK marketing director, Ken Forbes, said: “#YourTurnBritain is an opportunity to celebrate all things British, iconic and of the moment, which is how we consider the F-TYPE – a symbol of great British success. We are delighted with the campaign and wish everyone who participates in the #YourTurnBritain contest the very best of luck.”

The Your Turn Britain campaign, briefed by Jaguar UK Digital Marketing, has been created by global social media agency We Are Social in conjunction with The Brooklyn Brothers.