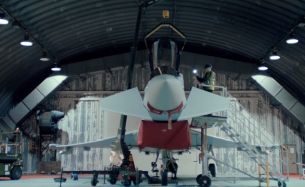 Today, 1st August, sees the launch of the Royal Air Force’s new content campaign which aims to reveal what life is like in the RAF, as both Regulars and Reserves, through online and social content.

The ‘No Ordinary Job’ campaign, created by WCRS, shows why a job in the Royal Air Force is unlike any other. Told through the stories of five existing RAF personnel, the content highlights how in the RAF one can travel the world, work with the latest technology, achieve rapid career progression and experience unique opportunities. The content also showcases the diversity of opportunities in the RAF for people from all walks of life.

Primarily targeted at 16 – 24-year-olds, but not ignoring those suitable for Reserves, the films will be seen on VOD and across social media channels. Each ‘story’ has a high energy, rhythmic style, using quick cuts and sound design to create content that complements social media viewing habits.

The spots, directed by Jack Driscoll at Park Village, will live on a purpose built website designed by WCRS (Engine) and cut-downs will be distributed in paid media.

Ben Long, Creative Director, WCRS said: “Our intention with this work was to lift the lid on the largely unseen world within the RAF. The idea of ‘No ordinary job’ was born when we met several RAF personnel and heard first-hand about the genuinely amazing experiences and eye-opening career opportunities that life in the RAF brings. To appeal to both audiences (Regulars and Reserves) we wanted the films to feel big and cinematic, but also be executed in a quick and dynamic style. We are genuinely excited to keep developing this digitally-led platform, as there are undoubtedly many more stories to tell.”