WCRS and Women's Aid aim to show emotional abuse is harder to spot than physical violence. 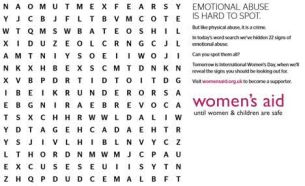 In support of domestic abuse victims on International Women's day, Women's Aid and WCRS have united and took over the the crossword puzzle in The I and the word search in The Evening Standard to highlight the hidden signs of domestic abuse.

Polly Neate, Chief Executive at Women’s Aid, said: “Emotional abuse is the dark heart of domestic abuse. Perpetrators usually begin abusing their victim emotionally – chipping away at her self-esteem and slowly stripping away her control of her life. Physical violence often comes later. It is vital that this is understood by all: that domestic abuse is more than bruises.” 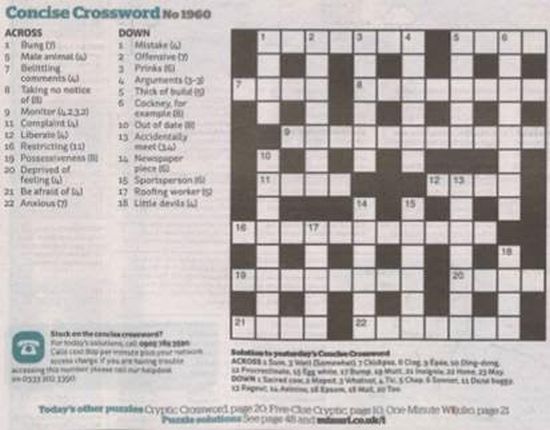 Each game follows the same format as any regular puzzle – with one difference – all of the answers are words that have connections to coercive control, defined as patterns of psychological and emotional abuse. The campaign aims to show that although emotional abuse is harder to spot than physical violence, it’s still a crime and can have a devastating effect on women’s lives. 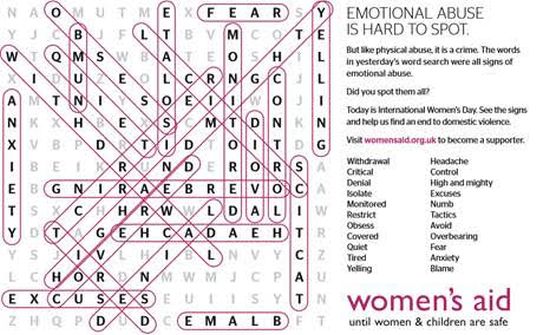 Ross Neil, Executive Creative Director at WCRS, said: “Domestic violence is associated with cuts and bruises. But the truth is the majority of cases involve emotional abuse, and it’s a lot harder to see. We had to create a way of educating people to spot clues that aren’t visual. Using newspaper puzzles allows us to take people on a journey they wouldn’t go on with a print ad. We hope this new use of a familiar format shines a light on a very important issue on International Women’s Day.

Visit www.womensaid.org.uk to find out more and see how you can help.

Media: The i, London Evening Standard.