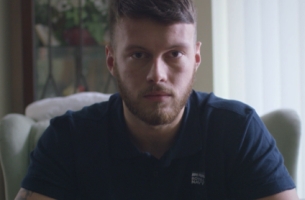 On the 27th December, the Royal Navy launched a new recruitment campaign for Royal Navy Ratings, created by WCRS.

The campaign breaks with a 60 second TV spot – directed by Ed Morris at Rattling Stick – which tells the story of a boy progressing from childhood to adulthood and shows how his proactive decision to join the Royal Navy, and the experiences it brings, are the making of him as a person. He is ‘Made in the Royal Navy.’

‘Made in the Royal Navy’ effectively communicates that life in the Royal Navy offers a world of opportunities and aspiration. Strategically, creatively and stylistically, this is a completely new approach for Armed Forces recruitment advertising, marking a shift away from the Armed Forces functional offers such as training and equipment, and focussing instead on the personal qualities that an individual gains.

All advertising executions direct to a new landing page on the Royal Navy recruitment website, developed by E3, which features further films created by WCRS and produced by documentary film maker Max Fisher. These online films tell personal stories of people who were also ‘Made in the Royal Navy’, as well as providing more information about the job roles and application process.

Billy Faithfull, Executive Creative Director, WCRS said: "When meeting Royal Navy people of all ranks and backgrounds over the last eight years, it's always been the personalities and human qualities that have stood out. It struck us when we were developing Made in the Royal Navy that the most valuable thing The Royal Navy can give you isn't the training, the travel, the experiences, the friendships or the qualifications, but the person you become through these experiences. In short, wherever you are born, you are Made In The Royal Navy."

video
Made In the Royal Navy