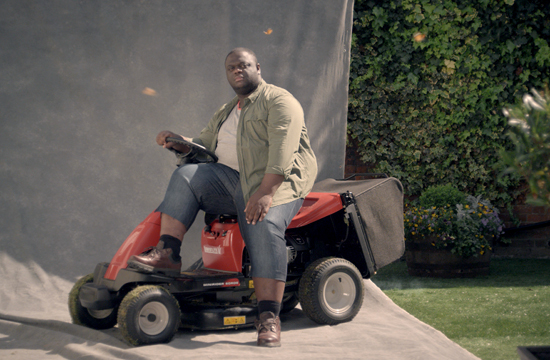 On the 1st July, Weston’s Cider launch their first ever TV campaign with a 60” commercial created by WCRS.

The “It” Men focuses on the promotion of Weston’s premium mainstream cider, Stowford Press, and aims to build national reach for the brand, which is currently more regionally well known. Stowford Press will also sponsor the England cricket team this summer.

The ad’s script follows the grand tradition of drinks brands with big, lofty ideals, although its tongue-in-cheek delivery breaks with convention. Throughout the commercial, a series of people perform minor acts of character, which cinematic shots make feel poignant and heroic in contrast to the size of the feats themselves.

The ad was directed by Ed Morris, President of Creative Circle and former Creative Director at Lowe, and will be further supported by 30” and 10” cut-downs.

Ian Lewis, Head of Marketing at Weston’s Cider said: “This advert represents a significant milestone in the 133 year history of Weston’s cider; we have slowly and quietly ‘pressed on’ and built the Stowford Press brand to become the third largest draught cider in the UK, with a reputation of having the finest tasting draught cider made from 100% traditional English cider apples. We are extremely excited about our ‘It Men’ campaign as we believe it will appeal to not only our loyal core consumer base but also bring in new consumers that demand a little extra from their drinks. The campaign is integral to an overall up-weighed marketing investment behind Stowford Press”.

Billy Faithfull, Creative Director at WCRS said: “Character. It’s what makes a man. And it’s what makes a cider too, it turns out. Not some swill made with unmanly apples, in an unmanly way by unmanly men, or the French. A real cider is made in the countryside and slowly matured for a little extra character. From the minute it danced across my manly lips, I knew that Stowford Press, a fantastic introduction to the rich, complex world of Westons Ciders, deserved a big idea, one that could look other ideas in the face with fire in its eyes and grit in its teeth. And lo, ‘Press On’ was born. An idea created to justify, to revere and to exalt the character-ful acts of real men across this fine land”.