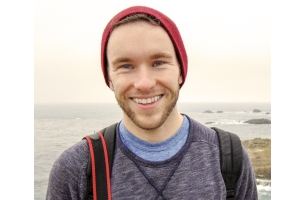 “I’m thrilled to have Chris as part of the team at WAX,” Jess commented. “I think his unique and creative approach to storytelling is a great complement to the team.”

“Toni and Steve are using the best of their combined experience to foster both great work and great talent. And with that approach they’re not just building an incredibly capable new boutique shop, they’re building a creative community that I couldn’t be happier to join and share with our clients.”

Huth joins from Lost Planet where he enjoyed collaborations with Smuggler director David Frankham on spots for Mercedes and Bank of America, and with Independent Media’s legendary shooter Janusz Kaminski on spots for New York Times Magazine and JBL. In addition, a fair share of his work has been outside of traditional production workflow, either sourcing material with his own team (Mazda, iStock), creating fresh concepts from existing footage banks (Visa, Belvedere) or generating spots through graphic interface/online content (Google).

“I try to make a personal connection with the material,”Huth explained, “which means being thoughtful about how I’m connected to it and how the agency is connected to it. I try to give every project patience. It never gets boring, especially because of how quickly the industry moves. The challenges, I find, are to stay on top of technology and the changing software landscape, and to remain thoughtful with clients, directors and myself.”

Lipari added, “Chris is an incredible storyteller and collaborator. We’re excited to add his fresh perspective to our talent at WAX.”

Huth is currently editing his first campaign for WAX for AT&T, directed DGA-nominated directors The Mercadantes via BBDO NY.